By LRU Writer | On: May 23, 2019
Nick Grimshaw is UK’s darling radio and television host...His esteemed career includes hosting The Radio 1 Breakfast Show and Sweat the Small Stuff. Nicknamed Grimmy by his ardent fans, his departure from Radio 1 Breakfast Show to the 4-7pm slot on BBC made headlines in the UK in 2018... 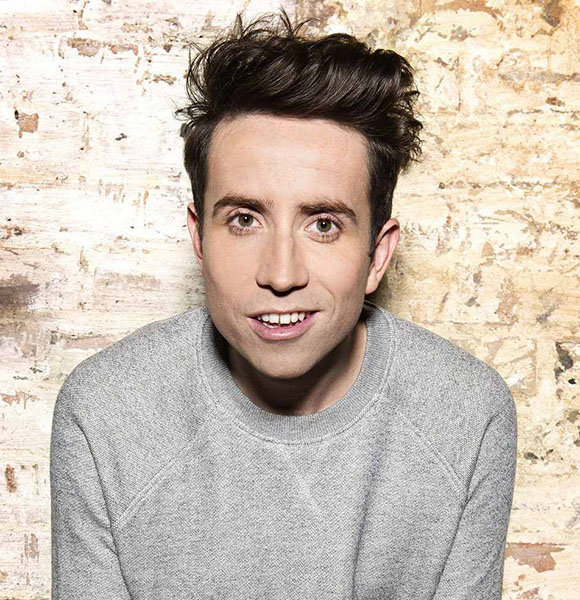 Nicknamed Grimmy by his ardent fans, his departure from Radio 1 Breakfast Show to the 4-7pm slot on BBC made headlines in the UK in 2018. Since moving to a new time slot, a lot of things have shaken up in Nick’s personal life. Keep reading to find out!

Nick never needed to “come out,” as he always knew about his preference in men. He gushed at length about recognizing oneself from the beginning while talking to Radio Times in 2015.

Well, the sorted radio host was missing significant other in his life due to his crazy schedule.

While talking to Birmingham Mail in 2018, he joked that his show aka work wife, Radio 1 Breakfast Show came in the way of his love life. Well, they required him to be prepared early in the morning because of which he couldn’t keep up with dating apps or flings. Nick’s complains sounded legitimate as just months after the change in his time slot from morning to afternoon; he found love. He started going out with partner Meshach Henry in October 2018. The news about the romance broke when the pair were spotted in Soho Farmhouse in Oxfordshire.

Fans didn’t have to wait long for official confirmation as in January 2019; Nick became Instagram official with his dancer boyfriend. The loved birds had flown to the Maldives on vacation when they let the cat out of the bag officially.

The radio host and his beau continued to paint the town red as they made their first public debut on 15th February 2019. Nick walked hand in hand with his love at Ashley Williams show in London Fashion Week.

Nick’s Bio And Net Worth

Nick was born on 14th August 1984 at Oldham, England. Besides his parents, his family includes siblings; Andy and Jane. The former X-factor judge is exceptionally close to his brood as he keeps sharing about them on social media. Well, the close-knit family is incredibly proud of his successful career.

For You:- Sarah Beattie Bio, Married, Family, Net Worth

Being one of the top radio hosts of the UK, he boasts a huge salary that enriches his net worth of $2 million. In 2015, he was spotted visiting a $2.6 million house on sale in Islington, London.

Talking about Nick’s educational background, he went to the University of Liverpool to study Communication and Media Studies. Unfortunately, the young lad failed his final year. However, the failure didn’t bother him much as his hosting career took off.

But in 2018, Nick returned to college at London’s Central Saint Martins University to study Set Design.