By LRU Writer | On: May 13, 2019
Sarah Beattie’s name comes right up while talking about Twitter controversies...The Fall actor’s bold claim of offering sexual advances in exchange of hitting the allegedly racist -underage-teenager in January 2019... 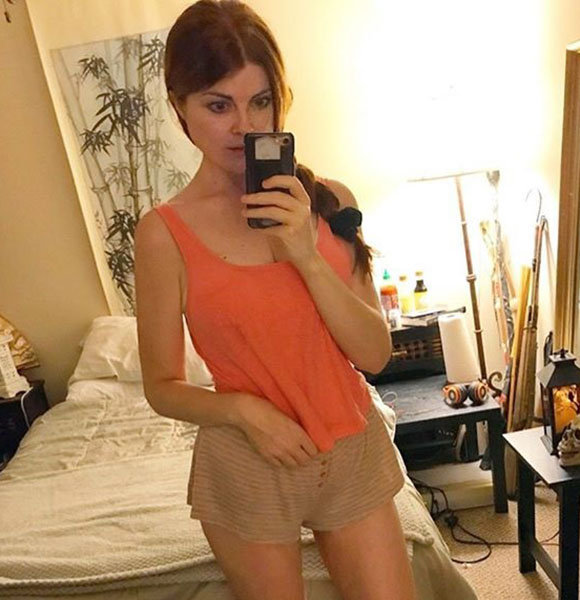 Sarah Beattie’s name comes right up while talking about Twitter controversies. The Fall actor’s bold claim of offering sexual advances in exchange of hitting the allegedly racist-underage-teenager in January 2019, made her quite the queen of controversy.

While not stirring up heated discussions on Twitter, she is a creative person at heart: a writer and a comedian.

The budding actress, who celebrates her birthday on 4th November, was born in 1992 at Oceania state of Hawaii.

Her credible role in the showbiz was playing Olivia Spector in The Fall. The series focused on British-Irish crime drama and the actor, who holds American nationality, was part of the show from 2013-2016 in a total of 15 episodes. Post wrapping up the fan-favorite show; she went on to star in Frankie Boyle’s New World Order. She got to showcase her comedic chops on the television sitcom in season two. In the list of her TV shows gigs, she was also credited for contributing to SNL.

Due to her various creative endeavors, she earns a heavy-weight salary of $30,000 per year and enriches her net worth.

Ever since the beauty’s height of fame blew up via her controversial tweet, fans cannot help but wonder about her personal life.

While Sarah is quite open about her liberal political views on Twitter, her personal life tells a different story. She presents her love life in self-deprecating humor and jokes about dating without revealing anything concrete about her own life.

The pretty lady joked about dashing food like ramen and pastrami sandwich. She went ahead and warned people from getting married in 2018.

But, it is safe to say she is not married or atleast her tweets decipher so! Or even if she boasts a loving relationship with her boyfriend; she manages quite well to hide him from the world.

Similar to her boyfriend details, Sarah shies away from revealing about her family. However, she did mention about the time her drunk father gave her life advice in 2013 via Twitter. Interesingly, her family owns a coffee farm.

Sarah Views On Trump And Racist Past

The American actress openly opposes President Trump on Twitter and points out white privilege. However, things blew out of proportion when she prompted people to hurt a kid, who was allegedly sporting a Make America Great Again hat- supporting Trump’s views on 19th January 2019.

While some left-wing people were applauding her, Sarah's liberal stance was questioned when her past tweet about making supposedly racist tweets surfaced. The 2013 Tweet read,

three black guys just checked me out so I’m going on a diet tomorrow.

However, Sarah didn’t apologize for her either tweets instead chose to delete them from her timeline.