By LRU Writer | On: February 20, 2020
Nick Stellino is an Italian-born celebrity chef...best known for Nick Stellino Cooking With Friends...married to Nanci Stellino...has two cats by the name Luigi and Luca...Nanci Stellino was born on 1 June 1954...moved to the U.S. in 1975...worked as a stockbroker in Wall Street but gave it up to become a chef... 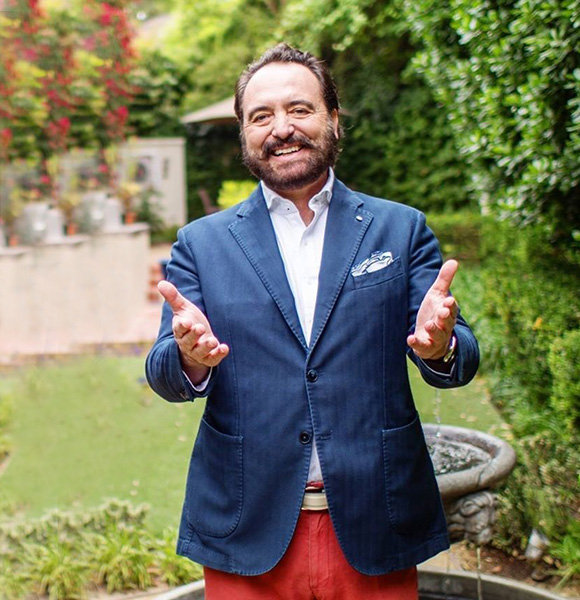 His culinary journey began in the 90s; though not a professional chef, he was very passionate about cooking. He and his wife contacted various production companies in 1995 with his idea of cooking show to no avail. While the couple has no children, they do have furkids: two cats by the name Luigi and Luca.

Nanci Stellino was born on 1st June 1954. An avid photographer, she grew up in Los Angeles.

She posts her works in stellinophotography.com. She has also shared her photography journey there. Her first camera was a Kodak Brownie, which she got from her cousin, Steve.

Initially, she was very enthusiastic about photography, but it was drowned out by other things. Her passion was rekindled when she met Nick, who at the time had just finished taking a photo class at ASU.

But it wasn’t until digital photography was born that she became so invested in the art.

Initially, Nick worked as a stockbroker in Wall Street but gave it up in 1991 to follow his dream of becoming a chef. He started his culinary career as a dishwasher and, over time, apprenticed himself to some of the best chefs in America.

Since then, he has established himself as a respected figure in the culinary industry.