By LRU Writer | On: January 17, 2020
Nicola Peltz is an actress...Katara in The Last Airbender...55 faces of the future...dating Brooklyn Beckham, the oldest son of David and Victoria Beckham. ...dated singer Justin Biever in the past...born to billionaire Nelson Peltz...Deck the Halls (2006) was Nicola’s debut work...stands at a height of...has a net worth of... 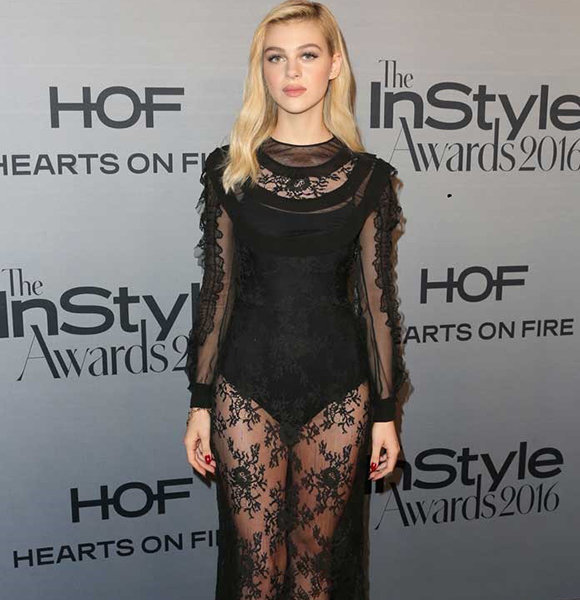 Nicola Peltz is an actress best known for her role as Katara in The Last Airbender (2010).

Having started modeling and acting from a young age, she has already grown into a well-known figure.

She was also named among the 55 faces of the future by Nylon Magazine’s Young Hollywood Issue. Some of her more notable works are Bates Motel (2013) and Transformers: Age of Extinction (2014).

Nicola is dating Brooklyn Beckham, the oldest son of David and Victoria Beckham.

The two were first tied together when they were spotted together multiple times within a short period of time in October of 2019. The young Beckham and actress confirmed their relationship in social media in January of 2020.

Brooklyn also wished his new girlfriend a happy birthday on 9th January 2020. The wish was accompanied by a picture of him embracing Nicola. The couple was also photographed out for dinner at Craig’s in West Hollywood. The Last Airbender actress was carrying a bouquet of flowers as she walked by her boyfriend’s side.

Nicola dated singer Justin Biever from May of 2016. Unfortunately, the Canadian singer and Nicola didn’t stay together for long and split just two months later in July.

Their romance started in January of 2017 and lasted for almost a year and a half. The two eventually parted ways in May of 2018, after which, Anwar went on to date Kendall Jenner.

Nicola’s next romantic partner was singer Paul Klein. The two got together in July of 2018. She announced her split with the singer in February of 2019 but didn’t go into detail about it. While Paul didn’t open up about the breakup, their split was reportedly peaceful.

Nicola was born to billionaire Nelson Peltz and his model wife Claudia Heffner Peltz on 9 January 1995.

She has four older brothers, two younger brothers and a sister. Actor William Peltz is among her seven siblings.

Deck the Halls was Nicola’s debut work. She followed it up with Harold in 2008 before being cast as Katara in The Last Airbender.

Though the movie was thrashed by critics, it was a box office success. Nicole was nominated for a Golden Raspberry Award for Worst Supporting Actress for the role.

She played the role of Bradley Martin in Bates Motel (2013), which did excellently. The show has five seasons and concluded in 2017.

Nicole is also set to appear in When The Street Lights Go On (2020).