By LRU Writer | On: December 24, 2019
Noah Galuten is a chef/food writer is known to many especially due to his wedding with celebrity comedian Iliza Shlesinger. He is food enthusiast who has already eaten many different varieties of dishes throughout a lot of places and wishes to get some more experience and eat in all the places of the state...Furthermore, he also has a blog where he gives opinions about the restaurants he has been to before. 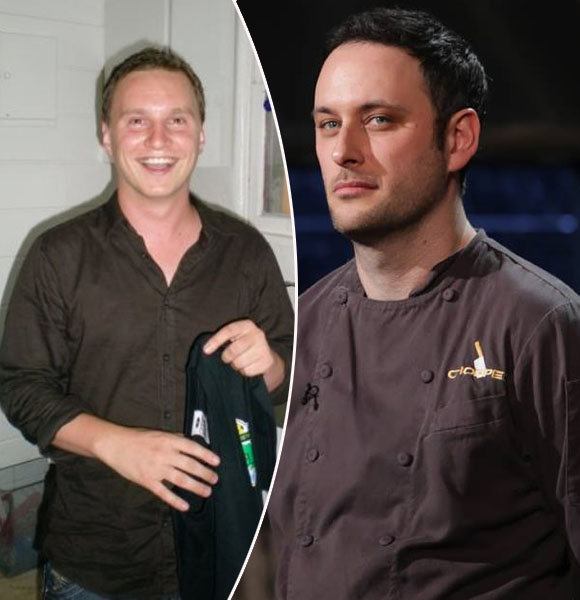 Noah Galuten is a chef/food writer is known to many, primarily due to his wedding with celebrity comedian Iliza Shlesinger. He is also a food enthusiast who has eaten different varieties of dishes throughout a lot of places. He wishes to get some more experience and eat in all the places of the states.

Furthermore, Noah also has a blog - where he gives opinions about the restaurants he has been to before.

It might not be a secret to the fans of the chef/food critic that he is the husband of comedian Iliza Shlesinger. The two met on a dating app in 2016. Quite surprisingly, the duo got engaged the next year in 2017.

From Our Vault:- How Much Is Jennifer Saunders' Net Worth? Know Her Career & Movies

The lovebirds got married in a contemporary fashion in a bright and open space in a floor to ceiling windowed City View Penthouse and Skydeck at the South Park Center in Los Angeles. Noah likes to keep private life low-key, hence, not much is known about how the couple is doing. But, based on an Instagram post that Noah made on Valentine’s Day 2019, the couple still seems to be going strong and happy.

Noah was born in 1982 (birthday: 21 September) in Santa Monica, California, to parents: Nancy Lyons and Albhy Galuten. His father is a Grammy award-winning producer, musician, and songwriter.

Noah likes to live a low key life due to which not much about his childhood is known to the public. He went to study theater at UCLA and graduated in 2004.

His Job & Net Worth

Noah Galuten is a chef and, at the same time, a food writer. He works at Bludso’s Bar & Cue at N La Brea Ave, Los Angeles. At the same time, he writes about food for LA Weekly’s Squid ink column.

At the same time, he also has a book called On Vegetables: Modern Recipes for Home Kitchen that he co-finished in 2017.

Despite being such a renowned chef and artist, his total net worth and earnings are not known to the public.

However, his comedian wife Iliza Shlesinger amasses a total net worth of $1 million. Therefore, there might be a chance that the husband and wife share the same net worth.