Is Nora Arnezeder Dating? Who Is Her Boyfriend Now?

By LRU Writer | On: March 02, 2018
Is Nora Arnezeder Dating? Who Is Her Boyfriend Now? The French actress, Nora Arnezeder is the name frequently linked to various high-profile celebrity romantic link-ups. Nora Arnezeder has various rumors in the past, hiding away the actual truth behind all those rumors. 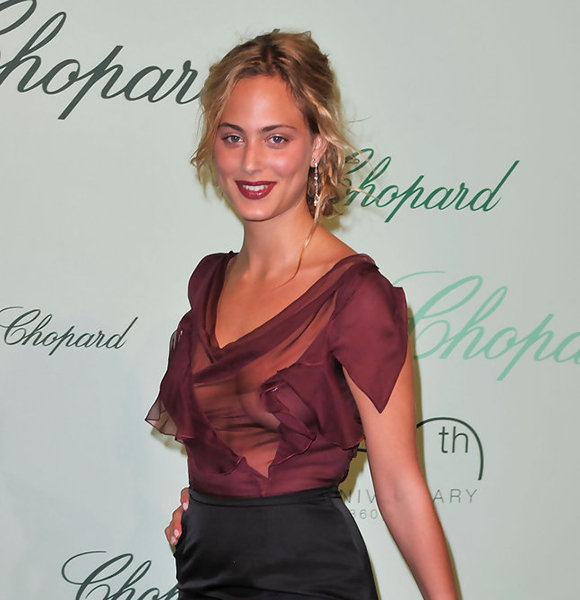 The French actress, Nora Arnezeder is the name frequently linked to various high-profile celebrities, romantically. Nora has multiple rumors in the past, hiding away the actual truth behind all those speculations.

With such rumors at hand, what is the current dating status of Nora Arnezeder? Is she dating anyone at the moment of is leading a single yet happy life?

Let's uncover Nora Arnezeder's dating status to get our answers.

Does Nora Arnezeder Have Boyfriend?

Back in 2008, Nora was rumored to be dating the French director, Christophe Barratier. Reports had it that the duo first sparked their romance on the sets of the movie, “Paris 36” (2008). However, later in the year, 2009, they parted ways.

After parting ways with Christophe, another rumor started swirling the same year that Nora was dating the Canadian-French-Moroccan actor, Gad Elmaleh. The rumor failed to turn into reality, as neither Nora nor Gad spoke anything regarding their dating rumors.

Amidst the series of being rumored, Nora caught herself in the dating rumors with the actor, Orlando Bloom in 2014, and the rumor’s density was different from that of the last time.The duo was spotted together at The Roger Room bar in Los Angeles where Orlando arrived on his Ducati bike to meet Nora in January 2014. Nora Arnezeder and her rumored-boyfriend, Orlando Bloom outside The Roger Room Bar in Los Angeles in January 2014 (Photo: dailymail.com)

A source explained more about the moment by saying,

“Orlando and Nora were in the bar for about two hours enjoying drinks and talking. They sat at a corner table together and weren’t joined by anyone else. It was very intimate.”

Since the incident, the pair is not spotted together anywhere. Also, the duo has opted to remain mum on their dating rumors which keeps on adding to the mystery. However, Orlando's representative later confirmed that the two were just friends and not dating.

Additionally, as per some sources, Nora and Guy Burnet, who are starring in the upcoming movie 'Le Musk' were also rumored to be romantically linked back in 2015. But as always the rumors went off without any confirmation arriving from the concerned parties.

Moreover, Nora has not been linked, with anyone recently, which makes it difficult to comment on her relationship status. Nova might be dating someone away from the media's attention, or she could as well be married enjoying a husband-wife relationship. But, there are no valid grounds to conclude on her love life as of now.

Nora Arnezeder was born on 8th May 1989 in Paris, France to her parents; Wolfgang, an Austrian father, and Piera, an Egyptian mother. Nora, who started early at getting indulged in acting, dancing, and singing while she was still in high school, made her career breakthrough from the movie “Paris 36” in 2008 directed by Christophe Barratier.

The movie was a special project for Nora, as she not only won two awards; 'Lumieres' and 'Etoile d’Or' but also performed the song “Loin de Paname” in the movie. The song also got significant limelight when gaining a nomination for Best Original Song at the 82nd Academy Awards.

As for 2018, Nora is all geared up for the upcoming Indian virtual reality film, “Le Musk” directed by A.R. Rahman.