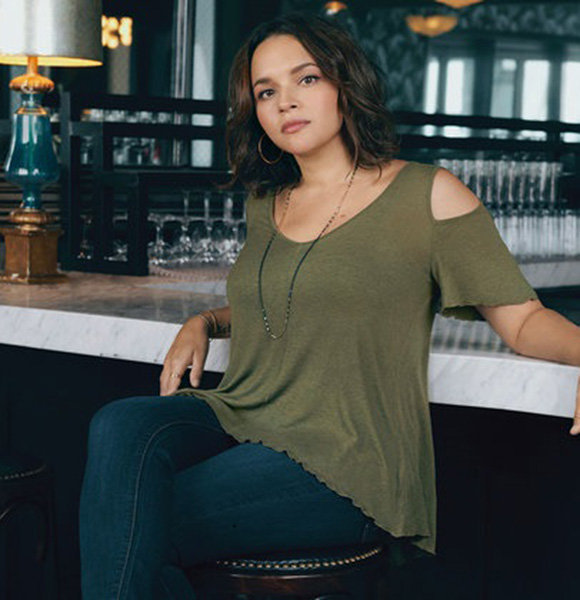 Named best jazz artist from 2000-2009 by Billboard, Norah Jones is an American singer, songwriter, and pianist. With her musical prowess, the singer has managed to grab nine Grammy Awards.

As of 2019, Norah is busy with concerts all over the world.

Her last performance in the States will be at the Harvest Moon Gathering on the 14th of September in Lake Hughes, California. She will be ending her tour on the 16th of December at the Buenos Aires Arena in Buenos Aires, Argentina.

Although the singer is best known as Norah Jones, she was named as Geethali Norah Jones Shankar. She was born on the 30th of March 1979 in Bedford-Stuyvesant, New York City, USA.

40-year-old Norah is one of the three children of her father, Pandit Ravi Shankar, and mother, Sue Jones. While her father is a global sensation in a musician - an Indian sitar player, her mother is an American concert producer.

For her education, Norah moved through a lot of schools in her childhood. She went to Colleyville Middle School, Grapevine High School, and Booker T. Washington High School for the Performing and Visual Arts.

The singer enrolled in the University of North Texas for the college-level studies. There, Norah graduated with a major in Jazz Piano. Later, to hone her skills, she joined the Interlochen Center for the Arts. However two years into college, Norah dropped out and left for New York’s Greenwich Village.

Norah is equally adept in beauty as she is in terms of brains. She has beautiful dark brunette colored hair. Also, she stands with an amazing height of (5 feet 1 inch (1.55 m).

Norah James is a big name in the entertainment industry. However, even with the level of fame the singer has, she has managed to keep her personal life away from the eyes of the media.

Nevertheless, a few tidbits of information have managed to surface out- the beautiful singer is a relationship. She is married to Pete Remm. Just LIke Norah, Pete is also a musician - he is a keyboardist and organist in The Cabin Down Below Band. Norah Jones with her son and her husband, Pete Remm at LAX in September 2014 (Photo: Dailymail.co.uk)

Maintaining her level of privacy, she has not revealed the names of her offsprings. What is known is her firstborn is a son, who became a part of the family in February 2014. The couple welcomed their second child sometime in 2016.

Previously, Norah was in a relationship with American bassist, songwriter, and music producer, Lee Alexander. The couple began dating sometime in 2000, but their relationship came to an end in 2007.

Norah was involved in music from an early age. When she was at the age of five, she used to sing in the church choir.

On the 26th of February 2002, she made her debut with the album, Come Away With Me through Blue Note Records. Her very first album managed to chart at #1 in 8 major countries and sold 28 million copies worldwide.

Two years later, in 2004, Norah released her second album named Feels Like Home, followed by The Fall in 2009.

Out of her very successful career in the entertainment industry, the singer has been able to enjoy the finer things in life. Norah lives in a home she bought for $6.25 million in Brooklyn’s Cobble Hill neighborhood. She owns a net worth of $25 Million.