By LRU Writer | On: September 25, 2018
Big Brother star is ready to make his daughter Big Sister! Cody Nickson and his fiancee Jessica Graf are expecting their first child together. 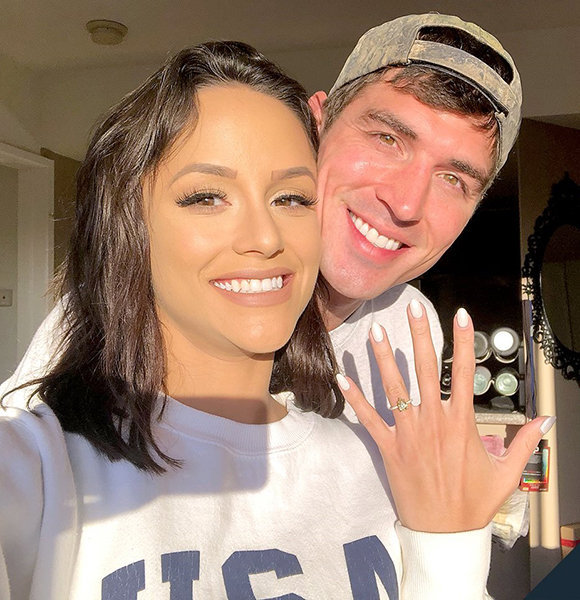 Big Brother star is ready to make his daughter a "Big Sister"!

Cody Nickson and his fiancee Jessica Graf are expecting their first child together. The duo announced their happiest news shouting on Instagram on 24 September 2018 quoting:

"WE'RE PREGNANT! And I'm over the moon! I'm so excited to bring our first child into this life we have created together!"

Sharing the sonography picture holding together with her wife-to-be, Jessica shed more light on her pregnancy. She revealed that she is over 11 weeks pregnant and their first child is expected to arrive just two days before Cody's birthday, i.e., 11 April 2019.

Related:- Big Brother Star Cody Nickson Pledges To Turn Girlfriend Into Wife! Having A Daughter Isn't A Problem For That To Happen Similarly, Cody, who shares a beautiful daughter, Paisley from his previous relationship, Instagrammed the picture of Jessica expressing that he and Jessica are blessed and beyond pleased with this news.

Further, he expressed his gratitude to their well-wishers and supporter adding:

"I'm looking forward to Jessica being my wife and the matriarch of the Nickson establishment in Texas. What an incredible year."

Jessica revealed to the E! News about her dilemma of taking the pregnancy test. She was assured that she was not pregnant, but at the same time, she was not feeling well. So, she decided to take a test but without letting Cody know about that.

But she spilled the happiest news only after watching the finale of The Bachelorette. She handed the pregnancy kit to the Cody after Becca Kufrin handed out her final rose. When her beau found out the result, he burst into the laughter whereas she could not stop bursting into the tears.

The soon-to-be parents' couple doesn't know the sex of the baby yet, but his little five-year-old daughter wanted the baby boy. So, the pair has decided to have a gender test soon after their wedding.

Jessica, who regards the early pregnancy symptoms to be feeling great, gushed to E! News stating:

"We are having a gender reveal brunch the day after our wedding so that all our family and friends can celebrate with us," she told E! News.

Cody first met Jessica on the Amercian version of Big Brother season 19 and also gushed on television to turn his girlfriend as his wife. With their dating life on the air, the couple got engaged on February 2018 after Nick knelt on one knee popping the question to Jessica at the top of Runyon Canyon in Los Angeles.

After the couple finished the Big Brother show, they joined another reality show, Amazing Race season 30 where the couple claimed the title.