By LRU Writer | On: March 01, 2020
Nya Lee is a rapper, who released a mixtape...is best known as a recurring cast member on...was born on...is a mother to a...first announced her pregnancy back in...was previously in a relationship with football star...a net worth of...was involved in a violent brawl with other women...was stabbed... 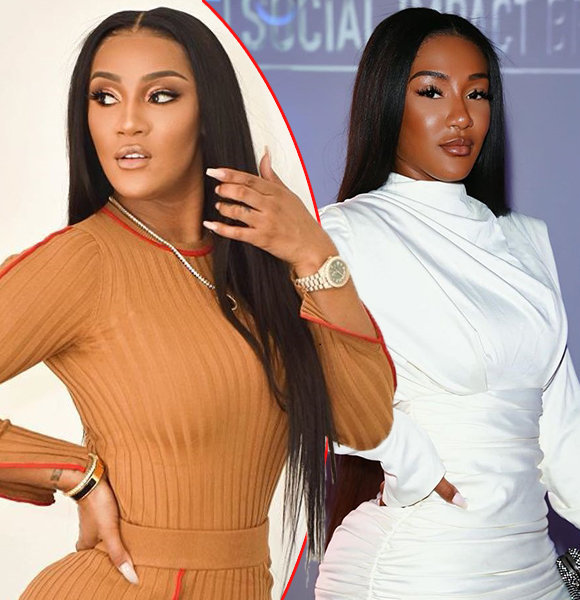 Read on to know more about the rapper-turned-reality star.

Nya Lee is a mother to a beautiful daughter. Nya Lee with her daughter Winner In 2018 (Photo: ecelebritymirror)

She first announced her pregnancy back in February 2016, via an Instagram post with a gorgeous picture flaunting her baby bump, in which she revealed that she was 28 weeks pregnant. Further, in the same post, Nya lee also gushed about how happy she was to introduce her baby girl to the world.

Nya Lee was previously in a relationship with football star Terrance Knighton.

Terrance Knighton, nicknamed "Pot Roast," is best known for his time with the Jacksonville Jaguars and Denver Broncos of NFL. He made his first Super Bowl debut with the Denver Broncos in the 2013's season.

Nya lee and the football star started dating at the beginning of 2014. During their time together, the couple was very open about their relationship; they were also spotted vacationing together in Miami in 2014.

However, their relationship was short-lived, and the couple reportedly separated sometime in late 2014.

According to Celebrity Net Worth, Nya Lee's career as a reality television personality and a musician has rendered her a net worth of $150K.