By LRU Writer | On: August 02, 2019
Olivia Palermo shot to fame via her appearance in the reality show, The City in 2008...Olivia was born on 28 February 1986 in a privileged family. The 33-year-old’s parents are...Taking more about her education, Olivia went to the American University... 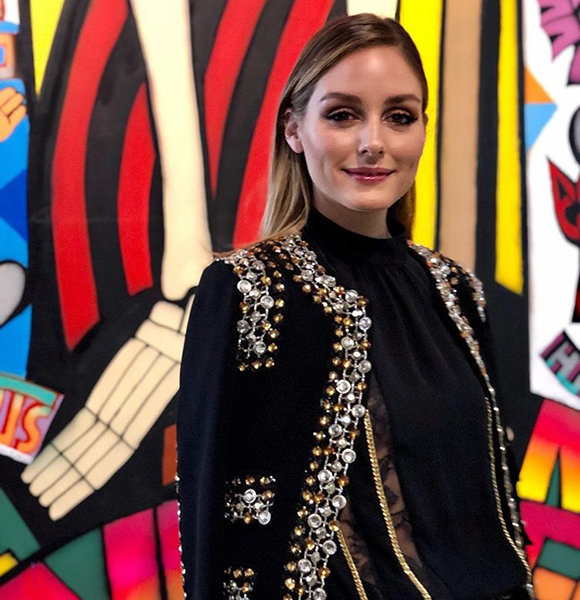 Olivia Palermo shot to fame via her appearance in the reality show, The City in 2008. Although it ran for only two seasons, The Hills’ spin-off series did wonders for Olivia. She converted the spotlight into a full-fledged fashion career.

The MTV reality star also appeared as a guest judge on season nine of Project Runway alongside Heidi Klum. Today, she is a fashion mogul with her self-titled fashion line and blog and a regular at major fashion shows.

The fashionista got married to her model boyfriend, Johannes Huebl on 21 June 2014. The pair’s intimate wedding ceremony was held at Bedford, New York amidst close friends and family.

Olivia stunned as a bride in a three-piece dress by designer Carolina Herrera. The wedding dress consisted of a simple cream cashmere sweater with scattered ostrich feathers on the upper half and was completed with shorts and skirt combo on the bottom half. The fashion mogul opted for a ponytail for her D-day. Olivia’s husband, on the other hand, looked dapper in a piquet shirt paired with white Marc Anthony Hamburg suit.

Before tying the knot, Olivia and her model beau dated for six years, since 2008. On 1st January 2014, Johannes popped the question with a yellow square-cut diamond engagement ring, while on a romantic vacation to St Bart's.

The married couple continues to give marriage goals to people as they are still together in a fickle place for relationships, i.e., Hollywood. In 2019, Olivia - height 5 feet 6 inches (1.68 m) - attended the American Ballet Theatre’s Spring Gala arms in arms with her husband.

Despite the rumors of Olivia being pregnant with a child, the pair are yet to increase their loving family from two to three.

Olivia was born on 28 February 1986 in a privileged family. The 33-year-old’s parents are real estate developer father Douglas Palermo and interior designer mother, Lynn Hutchings. Sadly, her parents separated while she was young.

Also, Olivia suffered from a learning disability. But her parents put her interests forward despite their differences. With their support, she overcame the condition and pursued her education at Nightingale-Bamford School and then at St. Luke's School, where she was in the hockey team.

Talking more about her education, Olivia went to the American University of Paris for a year and then pursed Media in The New School in New York.

In 2007, Olivia’s father filed for bankruptcy, but he got denied as it got proved that he tried to obscure his net worth to borrow money from people.

But, the next year, things turned around for the socialite as she got cast in The City and situation started looking up for her. Today, she boasts a net worth of $10 million from her fashion endeavors.