By LRU Writer | On: June 05, 2021
Justin Brescia is a well-known reality TV star...featured in the MTV’s The Hills where he appeared as...worked as a part-time musician with his own...even launched his own hair care product called... a relationship between the two turned into a dating rumor in... 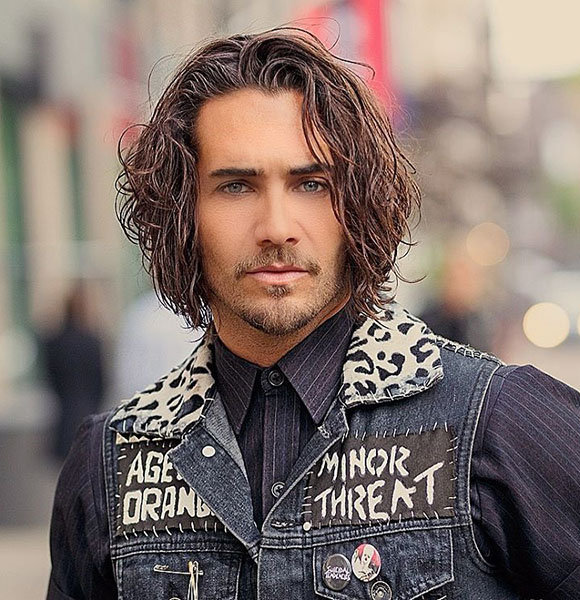 Justin Brescia became a well-known reality TV star after being featured in MTV’s The Hills as the on-and-off boyfriend of Audrina Patridge and Kristin Cavallari.

The American actor's love life is fueled by many fabrications and stories from the reality show, in which he featured as Audrina Patridge's muse. The on-screen relationship between the two turned into a dating rumor in a blink of an eye.

However, the rumors of them dating and being married soon were baseless. The two actors appreciated each other's works and were good friends, nothing beyond that.

Aside from the cameras, Justin's actual girlfriend is stated to be Lindsey Pelas. Lindsey is a model and a social media influencer. While Justin’s publicist confirmed the dating relationship of the duo in February 2019, they are yet to address their relationship personally.

What is Justin Brescia's Net Worth?

Justin Brescia has gone through a lot of transitions in his professional career. The tall, dark and handsome star of MTV’s reality show disappeared from the TV screens after the end of the reality show in 2010.

Later, he returned to the big screen and played the role of a drummer in a music band called Ed Stanley and created a group called BobbyRock in 2014. He released three albums- Listen as Loud as They Do(2015), Outta Tune N Off Beat, and Dressed in Black: Acoustic, Vol. 1(2019).

As of now, Justin’s net worth is approximately $150,000, and it surely moved up after his most anticipated return in the reboot The Hills: New Beginnings in 2019. He was one of the original cast members to be seen alongside Heidi Montag and Spencer Pratt.

Justin was born on 11 March 1982 in Orange County, California. He stands a height of 5 feet 8 and a half inches. The actor worked as a part-time musician with his band formed in 2014. Besides, he worked as a hairstylist for the pop band Maroon 5, where their frontman, Adam Levine, appreciated his skills.

His looks first got appreciated after appearing in the scenes on MTV’s 2006 reality show, The Hills as Justin Bobby. He became an instant crowd favorite with his personality and on-screen chemistry with Audrina Patridge and Kristin Cavallari.

Another Celeb From MTV:- Nadeska Alexis Bio, Net Worth, Married

After the show shut down in 2010, and the actor moved into the style business. He joined a hair institution called Vidal Sassoon and enhanced his hairstyling skills. He even launched his hair care product called Brush Your Hair.