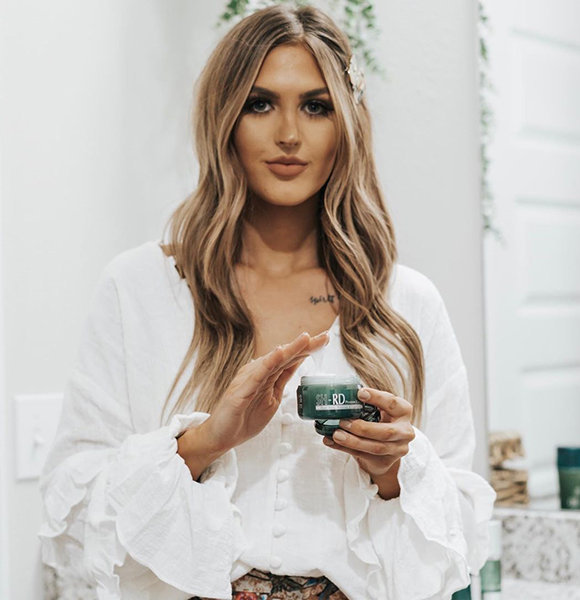 A YouTube star known through her channel Paigique, Paige Danielle is a makeup artist, stylist, designer, and hairdresser mostly famous for her beauty content. An avid vlogger, she created her first makeup tutorial in 2015.

While initially starting her social media career, Paige had to suffer a lot from constant abuse to online bullying. But, without backing down from the hate, she has risen above all the torment.

With regular updates on beauty and make-up related posts, her styling techniques and product usage have gathered almost 650K subscribers on her YouTube account and 1.6 million followers on her Instagram handle.

But, soon after the engagement, she stopped posting pictures with him. It was later in December 2017 that the YouTuber finally shared the news of her breakup with Curtis. Claiming that the decision to get married didn't seem right at the moment, the once deeply in love couple parted their separate ways.

After her split, Paige met her next boyfriend Thurman Thomas III in Los Angeles. A fellow influencer like herself, Thurman is a motivational speaker and half of the R&B duo, The Bros Fresh.

While not much is known about him, Thurman is the baby daddy to the adorable little daughter of Paige. After announcing her pregnancy in 2018, she had given birth to a girl child named Anthem James Tru on 2 April 2019. Although parents to a little daughter, no news have surfaced claiming that the two got married. A possibility exists that Paige is just waiting for the perfect time to pronounce Thurman as her husband.

Paige was born on the 19th of March 1995 in Lousiana, which makes her an American by nationality. She grew up as a child of the church, daughter of a pastor. Apart from the fact that her father was a pastor, there is not much information about her parents. She does, however, have a huge family.

She was raised alongside six siblings: four sisters and two brothers. While two of them are her biological siblings, the other four are younger half-siblings - who were born after her mother remarried.

The youngest child from her mother's first marriage, Paige is siblings to older brother Colt and sister Tori. Her remaining siblings are named Emily, Rachel, Hannah, and John.

The 24-year-old is quite famous as a beautician. With her simplistic ideas and easy to understand videos, Paige has millions of views on her tutorial. With no other profession to her name, her income depends upon earnings from YouTube.