By LRU Writer | On: March 04, 2020
Paris Berelc was even pictured in her boyfriend's post on Insta on... they broke off the same year after dating for a few months...details on her parents...Paris possesses multi-colored ethnicity as her mother's ancestry is...her height is...birthday date of the actress... 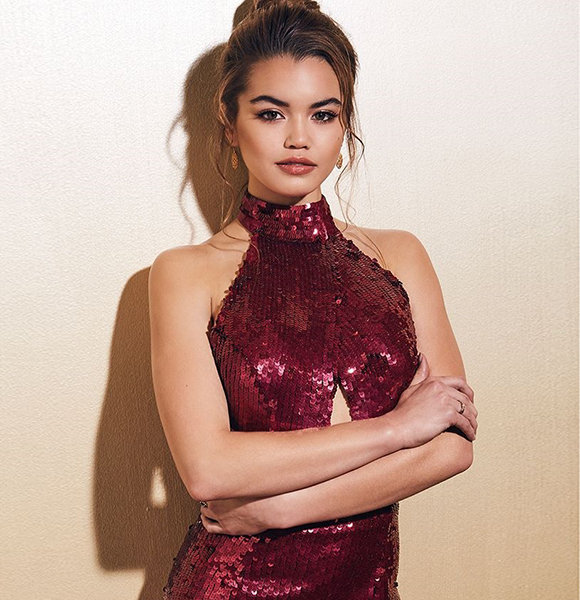 Ever since the two started seeing each other, their relationship was shrouded by rumors. Back in 2017, news portal justjaredjr.com published an article citing that the actress had broken up with Jack. This speculation was prompted by her Instagram post on 10th August 2019 that featured herself kissing actor Pete Yarosh.

But the rumors turned out to be invalid as the Mighty Med actress is still together with Jack. Paris was even pictured in her boyfriend’s post on Insta on 15th February 2020, sharing an intimate kiss.

Paris possesses a mixed ethnicity as her mother, Maria Berelc is European-Filipino, and her father, Joseph Berelc, is French-Canadian. Her mother is a professional photographer who shares her work through the site mariaberelcphotography.com.

Paris has three siblings: Skye, Bless, and Joelie Berelc; Bless is an aspiring actress, whereas Skye is a gymnast.

From 2013 to 2015, Paris dated actor Aramis Knight. Following the breakup, she met actor Eric Unger through her friend, Bily Unger.

Although they started dating in 2015, they broke off the same year after dating for a few months.