By LRU Writer | On: January 09, 2020
Pasha Kovalev is a professional dancer...Strictly Come Dancing...was the champion...married to Rachel Riley...confirmed their relationship...wedding ceremony...news of his wife's pregnancy...at the age of...Russian nationality...left the show after 8 years in February of 2019...reached the final four times and was the champion once... 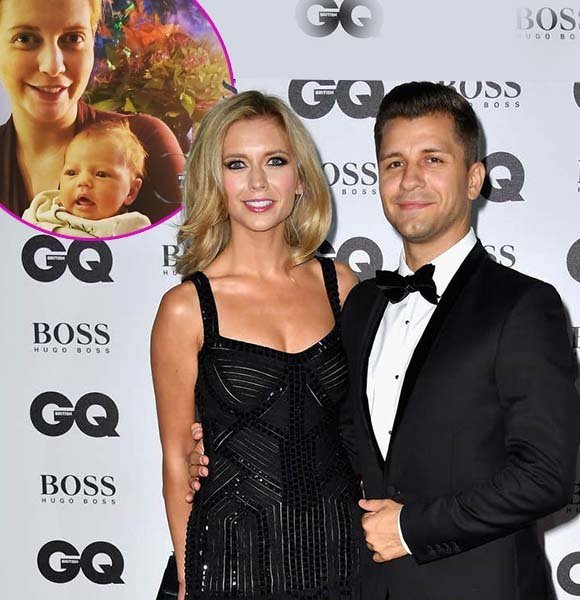 Pasha Kovalev is a professional dancer best known for his time in BBC’s Strictly Come Dancing. The dancer left the show after eight years in February of 2019. In the time that he was active, he reached the final four times and was the champion once.

Pasha is married to Rachel Riley, a TV show host who co-hosts Countdown alongside Nick Hewer.

Pasha met Rachel in 2013 when she joined the 11th iteration of Strictly Come Dancing. The two were paired with each other but got eliminated in week 5. Just weeks after her leave from the show, Rachel announced that she was splitting up with Jamie Gilbert, her husband of 16 months. About a year later, she started dating Pasha, and the duo confirmed their relationship in September of 2014.

Pasha grew closer with his girlfriend over the next few years and decided to take the next step.

On 28th June 2019, the longtime couple tied the knot in Los Vegas. The wedding ceremony was very private, and even many of their friends and family didn’t know of it. It wasn’t until Rachel took to her Instagram to break the news that people learned of it.

On 24th May 2019, Rachel revealed news of her pregnancy. She posed next to a conundrum and hinted at the baby’s due date.

The couple welcomed the new member of their family on 15th December 2019. The daughter is named Maven Aria Riley Kovaleva. Maven was two weeks overdue on the date of the delivery. A doula and St Mary’s midwives had to deliver her in Pasha and Riley’s bathroom.

Pasha Kovalev was born on 19th January 1980 in USSR. He is of Russian nationality.

He started dancing at the age of eight and competed in the Amateur Latin category in Russia with Anya Garnis. The two dance partners moved to the US in 2001, where he became the US National Latin Finalist as well as an Ohio Star Ball Finalist.

Pasha was also the finalist in 2007's So You Think You Can Dance. He has choreographed in dances for the show every season since then.

Pasha is a skilled ballroom and Latin dancer. Besides Strictly Come Dancing, he has also appeared in So You Think You Can Dance.

Another Dancer's Net Worth Info:- Asia Ray Wiki: From Net Worth, Height To Family Details

He has reached the finals of Strictly Come Dancing four times and won the show once. These achievements should have earned him a sum of $325K. His appearances on other shows also net him a good amount of money.

While Pasha’s exact net worth is not clear, his wife Rachel has a net worth of $5 million.