By LRU Writer | On: December 15, 2019
Patrick Cantlay is making waves as the debutant golfer at Presidents Cup 2019...He is one of the players...Although Partick is making his Presidents Cup debut in 2019, he is not new to the golf scene. He was...Patrick is one secret keeper when it comes to his dating life. He hasn’t let... 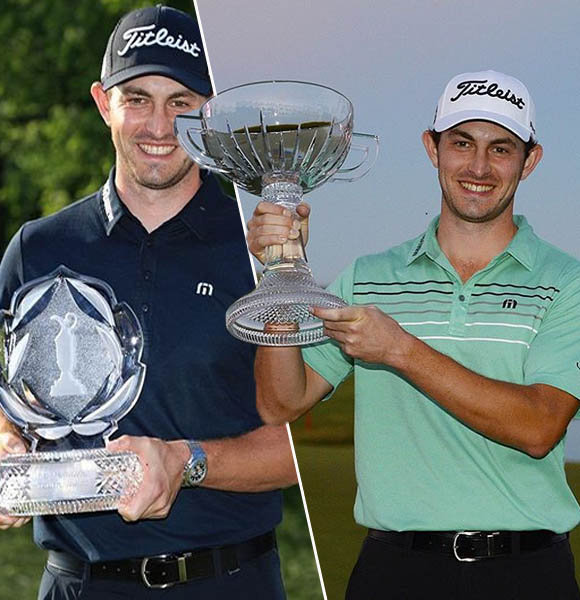 Patrick Cantlay is making waves as the debutant golfer at Presidents Cup 2019. He is one of the players in the United States team led by star golfer Tiger Woods and assistant captains, namely Fred Couples, Zach Johnson, and Steve Stricker.

Although Partick is making his Presidents Cup debut in 2019, he is not new to the golf scene. He was once a number one amateur golfer - who remained at the top for a record fifty-five weeks (2011-2012). Further, he was named 2011 Pac-10 Conference Player of the Year and won the Jack Nicklaus Award, the same year.

Patrick is one secret keeper when it comes to his dating life. He hasn’t let any information slip about his love life. Far from a wife, there isn’t a hint of a past girlfriend in his dating history.

Thus, it is hard to pinpoint where he stands in his love life. Unless Patrick is dating someone in secret, it seems he is single at the moment.

Patrick had his eyes set on becoming a top golfer when he was ranked as the number one amateur golfer in 2011-2012.

Making his next move, he turned professional in 2012 at age 20. At the cost of turning pro, he left two years of college at the University of California in Los Angeles.

However, Patrick saw a major setback when his back got injured in May 2013; he suffered from a fracture of his L5 vertebrae, which occured during a warm-up session. There were doubts that if the golfer would ever return to playing golf.

Presidents Cup Star:- Professional Golfer Tiger Woods Trips on his Season Opening Round after his return to Farmers Insurance Open

To make matters worse, his good friend and caddy Chris Roth died in 2016 in a car accident. But, Patrick overcame it all and returned to playing in 2017; he managed to win the Shriners Hospitals for Children Open, the same year.

Patrick started the 2012-2013 season with a bang bringing in earnings of $105,526. The following year, his earning reached upto $195,411. However, after his injury, Patrick couldn’t play, which was reflected in his paycheck.