How Much Is Patrick Reed Net Worth? Personal Life Insight

By LRU Writer | On: March 03, 2021
Patrick Reed is an American golfer, who gained massive fame...entered the professional golf scene in...has four wins on the PGA...has won around...enjoys an estimated net worth of...tied the knot to...initially met at...does not seem to share a good equation with...got surrounded by controversy on... 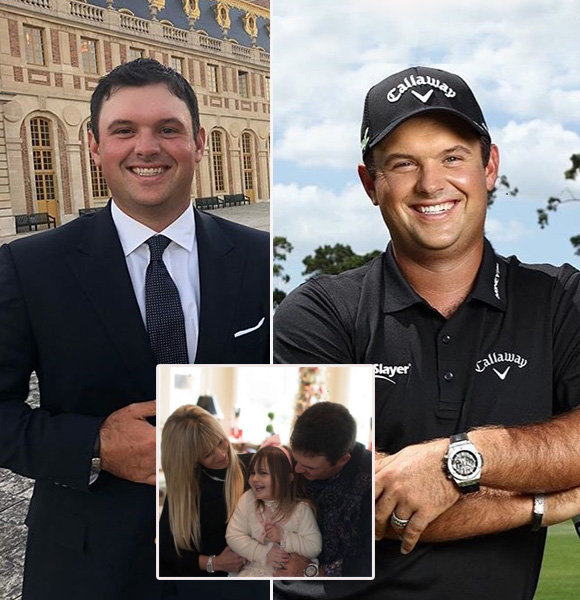 Patrick Reed is an American golfer, who gained massive fame after winning the 2018 Masters Tournament.

Before that, he got attention after winning the 2014 WGC-Cadillac Championship, which made him the youngest golfer ever to win a WGC.

Read on to know about the champion golfer's career, net worth, and personal life.

How Much Is Patrick Reed Net Worth?

Patrick Reed was a golfer in the making from a very young age.

During his school days at University High School in Louisiana, he won the 2006 Junior British Open. Later, he attended the University of Georgia for higher studies, and there, he bagged the NCAA Division I Golf Championship of 2010 and 2011. Patrick Reed in action at the final round of The Northern Trust 11th August 2019 in Jersey City, New Jersey (Photo: heavy.com)

Patrick entered the professional golf scene in 2011. Ever since, he has been unstoppable.

You May Be Interested:- Golfer Justin Rose Wife, Children, Parents, Net Worth

Further, on 8th April 2018, Patrick Reed, became a sensation as he won the prestigious Masters tournament in Augusta, Georgia. As of now, Patrick has won around $22 million in prizemoney.

Well, with so many victories on his name, the pro-golfer enjoys an estimated net worth of $9 million.

Patrick Reed is a married man. He tied the knot to Justine Karain on 21st December 2012. The couple initially met at Augusta State University, where Patrick had transferred from Georgia after his freshman year.

After their marriage, Justine worked as Patrick's caddie, until she got pregnant with their first child. In 2014, they welcomed their daughter- Windsor Wells. Patrick may have been lucky with his love life. But unfortunately, the same cannot be said about his family ties.

The golfer does not seem to share a good equation with his family members. Their family feud came into the light when Patrick's immediate family members, including his parents and younger sister, were not invited to his wedding.

Patrick's family reportedly have issues with his wife, Justine. Further, their family issues took new height as Justine accused Patrick's parents of abusing the golfer through her social media post in 2016.

Well, the feud seems to be going on until now, as there has been no sign of reconciliation between the family.

Patrick Reed got surrounded by controversy on 14th December 2019 at Royal Melbourne Golf Club in Australia.

His caddie and brother-in-law, Kessler Karain, got into an altercation with a fan. Kesseler admitted that he pushed a spectator after the spectator had said abusive words towards the golfer.

After that, Patrick's caddie was removed from bag duties between the match.