By LRU Writer | On: July 08, 2019
Paul Zimmer is a...star who garnered overnight fame...over seven million followers on the platform...girlfriend had four million...disappeared off social media in...was involved in controversies which eventually led to his demise on the app 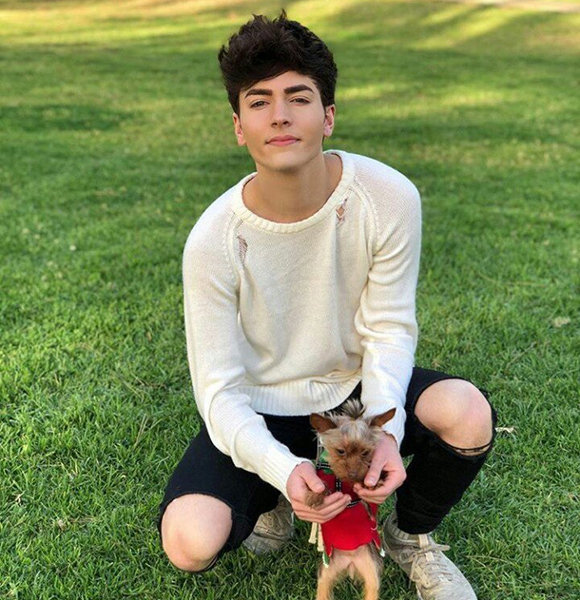 A year after Paul disappeared off the internet, it appears that the TikTok star is back.

After facing controversies and being branded with the hashtag #banpaulzimmer, Paul had deleted all of his social media and gone dark. However, he may have returned to Instagram via a joint account with his rumored wife.

Find out more details on the star's bio, including his net worth, height, and family.

His fame on other sites also grew as a result, and Paul even expanded his business to YouTube. However, like his rise, his downfall was too quick.

Apparently, Paul took money from his fans in exchange for shoutouts. Once people had enough of Paul using his influence to exploit his younger fans, #banpaulzimmer started trending on the internet in early 2018.

Paul and his girlfriend ended up going off the grid as they deleted their accounts on all platforms, including TikTok, Instagram, and YouTube.

The controversies regarding #banpaulzimmer made a dent in Paul’s reputation. However, in his prime, the TikTok star had used his fame to garner a net worth of $200K, which is impressive considering it came from a mobile app.

Did Paul Get Married To Girlfriend?

As an internet personality, Paul's personal life is the subject of interest to hundreds of thousands if not millions of his fans. His admirers have often questioned the identity of his girlfriend.

As it turns out, she is none other than fellow TikTok star, Jamie Rose. The couple started dating in early 2017. Paul Zimmer with his bride, Jamie Rose on their wedding day (Photo: rummler.co)

In around August of 2018, photos of Paul and Jamie in what looked like wedding attires surfaced up. The rumors emerged after the duo had all of their accounts on social media, so fans are still waiting for a confirmation.

But, judging by the pictures, Paul and his alleged wife seem happily married.

Paul Zimmer is an American native. He was born in Maryland, Annapolis in 1995. He celebrates his birthday on 13 July every year.

While Paul likes to keep the details of his family under the wraps, he has mentioned that they are his biggest supporters. And, Paul does have quite a lot of admirers, which includes his six siblings.

One Of The Most Follower :- Jasmine Gonzalez Wiki, Age, Boyfriend, Parents

The 24-year-old internet star is a handsome guy for his age. He stands with an average height of 5 feet 7 inches  ( 1.70 m ) and rocks an athletic body build. Paul’s natural hair color is dark brown, but he changed it to blonde in the past and has stuck by it. The color compliments his green eyes.