Peggy Sulahian Won’t Return in The Real Housewives of Orange County! Why?

By LRU Writer | On: February 15, 2018
Peggy Sulahian Won’t Return in The Real Housewives of Orange County! Why? Peggy Sulahian, the central star of the long-running Bravo reality series 'The Real Housewives of Orange Country' has bid a farewell to the show just after one season as she will be joining "One & Done" club as per reports on February 18. 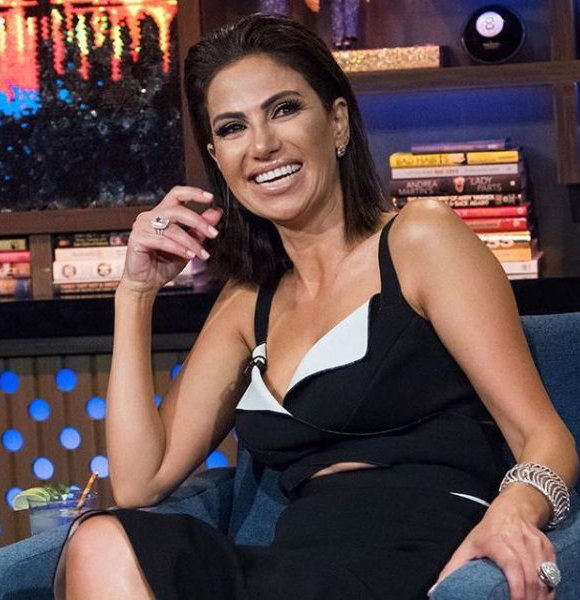 Peggy Sulahian, the central star of the long-running Bravo reality series 'The Real Housewives of Orange Country' has bid a farewell to the show just after one season as she will be joining "One & Done" club as per reports on February 18.

The 100th housewife shared her feeling on being a part of the 'The Real Housewives of Orange County' with excitement in the statement to Bravo TV as,

"I am extremely proud of being the 1st Armenian-American Housewife and sharing my culture with the world. While I faced and conquered many challenges, I’m grateful for the opportunity to share my story and spread awareness of breast cancer."

"Dealing with the disease and the passing of my father challenged me to reassess and reflect on my life, and I’ve realized what’s most important is leading a healthy and happy life, surrounded by people who care and love you,"

Additionally, Peggy stated the reason for leaving the show as,

"At this point, moving on seemed like the right thing to do. A few new ventures have availed themselves, and I look forward to sharing them with you soon!"

Further, the sources to E Online noted that,

"Peggy is looking forward to focusing on her family and her own opportunities. She is a very positive person and wants to be away from the negativity of the women."

Although Peggy stated her new ventures as the reason for leaving the show reports claimed that Peggy was fired from the show. Moreover, an insider to Radar Online claims that Peggy found out that the shooting of the show had already begun without her.

A source has also stated that Peggy was fired from the show as she had picked the fight with the co-stars and none of the co-stars wanted to work along with her.

Well, she is yet to comment on the rumors, and her fans are eagerly waiting for her reaction.

Notably, there was a furious argument during RHOC's crew trip to Iceland, when Peggy criticized Meghan Edmonds as a mother in front of the entire group of the RHOC, pointing Meghan's baby Aspen was alone and crying for 10 minutes.

Moreover, Peggy was not aware of the children learning habit where the mothers are not supposed to pamper their child even if they cry. As a fact, the mother of three was sided alone, and most of the member were defending Meghan. Eventually, Peggy had left the country early and had even threatened to quit the reality show.

Peggy entered 'The Real Housewives of Orange Country' family in season 12 with her husband, Diko Sulahian, who has made his name as the President and founder WTW Corp. In the series, Peggy shared her life with her husband Diko including their three children- Giovanna (20), Gianelle (18), and Koko (10) and expressed her pride in her Armenian culture and their love for automobiles.

Back in June 2017, Peggy uploaded the picture with her family on Instagram captioning, "Love my family; kids are growing up so fast I can't believe it.."

Well, the news of Sulahian departure is followed by other two fellow members of the  RHOC Housewives- Lydia McLaughlin and pregnant Meghan King Edmonds. They won't be returning to The Real Housewives of Orange Country for the upcoming 13th season.

TV Personality The Real Housewives of Orange Country One & Done