By LRU Writer | On: January 20, 2020
British actor Pip Torrens is a married guy with kids...occasionally mentions his wife and daughters...bio reveals his age...big theatrical film debut from...several movies and TV shows...with his family...established himself as a talented actor...has a total of 185...stands at a height of...private person and does not even have a social media account... 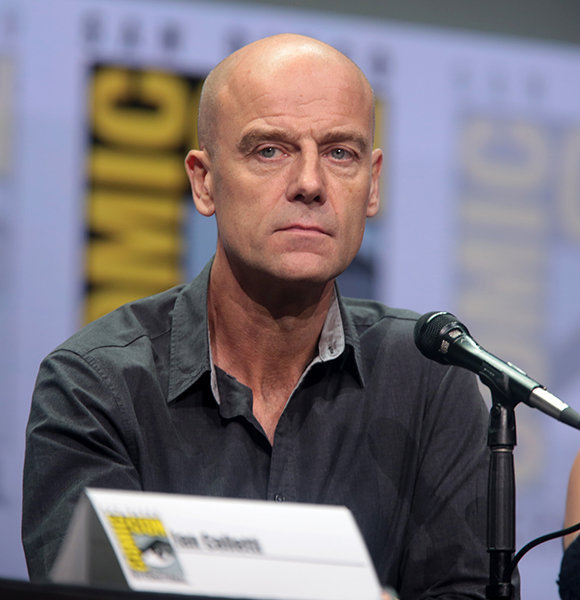 British actor Pip Torrens is best known for his iconic roles of Tommy Lascelles in the Netflix series, The Crown (2016-2019), and supervillain Herr Starr in AMC’s hit series Preacher (2017-2019).

Read on to know more about the talented actor's personal and professional life.

Pip Torrens is a married guy with kids. However, he is among those actors who have been very successful in keeping their personal life a mystery.

However, in 2002, the Guardian published some records of his personal diary, that he wrote during the filming of Shackleton, and a portion of the piece read

Passed through some kind of novelty fall-off/inertia/depression barrier in the last day or two; now simply want to get home, hug my daughters and get into bed with my wife for 48 hours.

Well, The Crown actor has occasionally mentioned his wife and daughters but never slipped out any exact information about them.

Pip was born as Philip Dean Torrens on 2nd June 1960 in Bromley, Kent.

He attended Bloxham High School in Oxfordshire and later studied English Literature at Trinity College, Cambridge. After completing the graduation, he also studied for a year at Drama Studio London.

He grew up alongside two brothers. One of his brothers, Chris Torrens, works as a risk analyst, whereas the other one, Jon Torrens, is a communication skills coach.

Pip Torrens was a theatre kid from a very young age.

However, he only got his big theatrical film debut from the comedy-drama film, Oxford Blues (1984). Shortly after, he made his first TV appearance from Hold the Back Page (1986). Pip's Fellow Actor From The Crown:- How Much Is John Lithgow's Net Worth? His Movies & Wife Details

As of January 2020, the veteran actor has a total of 185 acting credits on his name.

Apart from acting, the veteran actor has also lent his unique voice for various projects like the documentary, The BBC at War, and the animated film, Valiant.