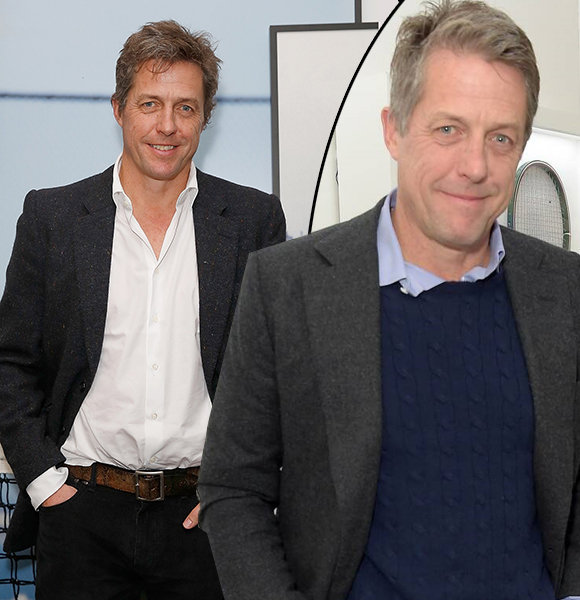 Hugh Grant is an actor and film producer who dominated the romantic comedy scene of the 90s and early 2000s. His career is so successful that his movies have grossed nearly $3 billion worldwide.

Now, his roles are much more diverse from the rom-com scene.

Hugh was in a high profile relationship with Elizabeth Hurley for 13 years. Regrettably, their relationship didn’t work out, and the two split in 2000. Even so, they have remained best friends over the years and are still very close.

The Love Actually actor had a rough period in his life over the next few years. In January 2011, he began dating Tinglan Hong. The same year on September 26, he became a father for the first time to daughter Tabitha Grant. Though Hugh and Tinglan did welcome a child together, their relationship didn’t last.

Though the incident brought about a lot of rumors, Hugh’s relationship with Anna remained stable. The couple had their second (his fourth) child on 16 December 2015 and their third child in May of 2019.

Hugh and Anna got married on 25th May 2018 at the Chelsea Register Office in London. Hugh Grant with wife Anna Elisabet Eberstein on their wedding day on 25 May 2018 (Photo: pressform.info)

During an interview on the Virgin Radio Breakfast Show, he admitted that he was plain wrong about marriage and that he should have tied the knot much earlier.

As of 2020, Hugh is happily married to his wife and living blissfully with his three children from the marriage.

One of Hugh’s earliest work is Maurice (1987). It depicts a tale of gay love in the early 20th century, and Hugh portrays Clive, one of the three main characters in the story. Starting from the 90s to the 2000s, Hugh played mainly the role of a dashing protagonist in romantic/love stories.

It wasn’t until he played in A Very English Scandal (2018), a comedy/drama mini-series that he portrayed another gay character. In this work, he plays the role of Jeremy Thorpe, a Liberal Member of Parliament who is also gay. The mini-series is based on a real story.

Hugh Grant is one of the most successful actors to have ever graced the movie industry. He made his professional debut in 1992 when he played in the movie Privileged.

Since then, he has played in over 35 movies and dozens of TV productions. He is set to star in the movie, The Gentlemen in 2020. No wonder, he has an estimated net worth of $150 million.

Hugh John Mungo Grant was born on 9 September 1960 in Hammersmith, London. His father, James Murray Grant, was an artist and carpet salesman while his mother, Fyvola Susan, was a teacher.

He graduated from Oxford. He had the opportunity to do postgraduate studies in Art History at the Courtauld Institute in London with scholarship but turned it down to focus on his acting career.