By LRU Writer | On: July 23, 2019
Priscilla Quintina is a... began to work as... about her family... her date of birth...celebrates her birthday...also a rising star like...has been dating TV actor...made her debut on...moments of their romance... 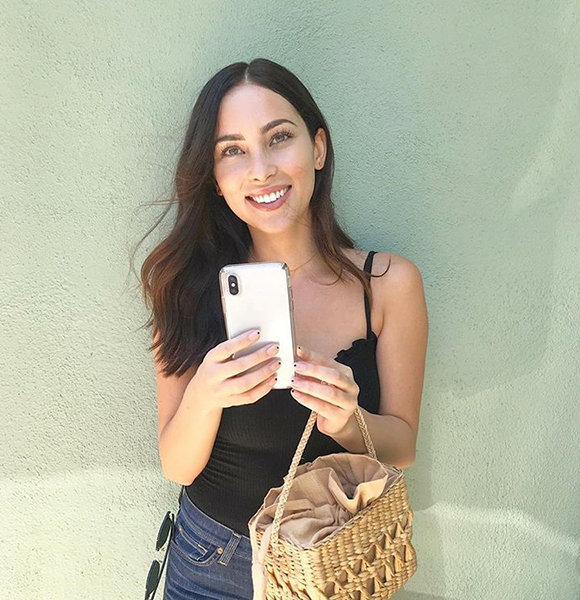 Priscilla Quintina is a beautiful woman who has graced her presence in the entertainment industry. Passionate about acting from a very early age, she enrolled herself in film school to support her career. Initially, she began to work as a model, but it didn't take long for her to show her talent in movies.

As an up-and-coming actress, Priscilla has done several hit movies including Traffik, Polaroid, and many others. She has also worked on TV shows like Lethal Weapon, Training Day, and the trending new si-fi series Pandora.

Explore her bio to learn about nationality, age, ethnicity, and personal life.

Despite being tight-lipped towards the information on her parents and hiding them from social media, she has not done much to hide her love life from others. She has been dating TV actor and musician Keenan Tracey for a while now.

Talking About Actors:- Ethan Wacker: Everything On The Rising Star - From Age To Parents

Keenan is also a rising star like Priscilla with 38 acting credits in his name till date. Although the exact time when they started dating is uncertain, Priscilla made her debut on Keenan's Instagram on 27 March 2017. Priscilla and Kennan have not been shy about their relationship and often share moments of their romance on social media. They are a pair who redefine the concept of an ideal relationship. Both busy people find time for each other no matter the occasion. From celebrating Valentine's day, each other's birthday and every additional minute together, they can't imagine their lives without the other.

Although Priscilla has often mentioned her family as an influencing factor for her career and life, Priscilla has never revealed more to the general public. Apart from a mother's day celebration picture with her mother Karen Quintina, she has not opened up much about her parents.

When talking about her mother, the actress proudly claims her mom to be a charitable woman, who helped abandoned pregnant teenagers. However, not much is known about her father. Her fondest memories from her childhood are the times she spent at soup kitchens feeding the poor at Christmas.

Like some women who are conscious about their age, Priscilla has also hidden her date of birth in the closet. Despite not revealing her birth year, she celebrates her birthday on 12 August every year.

More About Knowing A Women:- 10 Basic Traits All Men Should Possess To be Successful with Women

A  beauty of unknown origin, Priscilla's information about her nationality, and ethnicity are also quite ambiguous. She is considered to be multiracial, but not much is known to verify this fact.

Complimenting her model-like figure, she has a slim build with a height of 5 feet 5 inches (1.65 m) and a weight of 50 kgs. Her eyes are jade green colored, while her hair is black-brown.