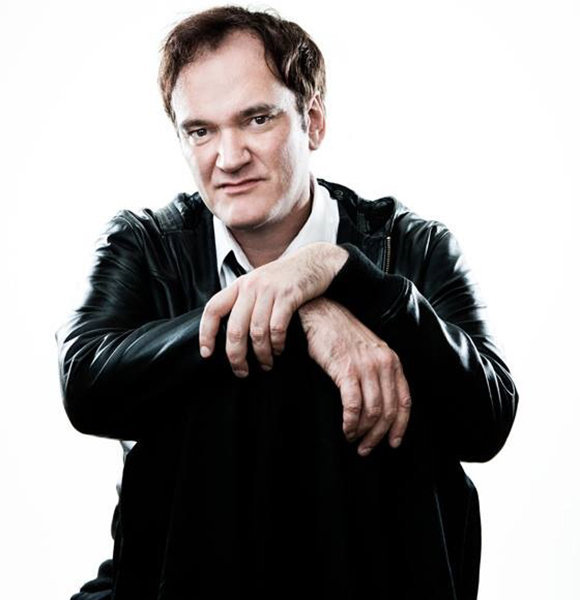 Like his successful career, he also has succeeded in finding his perfect wife.

Let's find out more about his romantic life.

Daniella Pick was born to Svika Pick and Mirit Shem-Or on November 21, 1983, in Ramat Ha-Sharon, Israel.

She is a singer like her Israeli pop star father. In fact, she was one-half of a sister duo with her sister, Sharona Pick.

The duo is best known for their single, Hello Hello, which they performed for a Eurovision singing competition in 2005.

According to Newsday, Quentin and Daniella began dating shortly after meeting each other. However, the relationship didn't last long, and the two went their separate ways.

After more than half a decade, the two got together in the summer of 2016. Quentin asked Daniella to be his wife in June of 2017, and they celebrated with an engagement party months later.

Just days after wrapping up the filming for his 9th movie, 'Once Upon a Time in Hollywood,' the director tied the knot with Daniella on November 28th, 2018.

The ceremony took place behind closed doors in Los Angeles. The groom donned a traditional tuxedo for the bid day while his bride wore a sleeveless gown.

After a year of marriage, Quentin and his wife, Danielle, revealed that they were expecting their first baby via a statement released to PEOPLE on August 21st, 2019.

Quentin Tarantino, who stands at the height of 6 feet 1 inch (1.85 meters), became a father at 56 years old. The acclaimed director and his wife, Daniella Pick, welcomed a baby boy on Saturday, February 22nd, 2020.

A representative said in a statement, "Daniella and Quentin Tarantino are happy to announce the birth of their first child."

Likewise, they have recently completed their family by welcoming another new family member.

Quentin and his wife, Daniella, welcomed their second child, a baby girl, on July 2nd, 2022. According to PEOPLE, the pair's representative stated,

"Daniella and Quentin Tarantino are happy to announce that Daniella gave birth to their baby girl on July 2, 2022, a little sister to Leo, their first child"

The identities of the couple's children haven't been made public yet. However, they probably want their children to grow up far away from cameras.

He was also rumored to be dating Comedian Kathy Griffin, actress Uma Thurman, and Ali Larter.

But Quentin found the love of his life and is living his happiest life.

His father was an Italian-American actor and musician from New York, while his mother was a nurse from Tennessee.

His stepfather, Curtis Zastoupil, supported Tarantino in his passion for movies and frequently went with him to movie screenings.

One of Tarantino's first works, Captain Peachfuzz and the Anchovy Bandit, was created at the age of 14.

Recommended: Don Johnson's Ever-Lasting Career and What He Is Up to Now

It was not easy to be one of the biggest filmmakers. Quentin started his Hollywood journey as a production assistant on Dolph Lundgren's exercise video, Maximum Potential.

He even dropped out of high school to enroll in an acting school before finally finding success years later.

He has amassed a fortune with his hard work and dedication to his passion. According to Celebrity Net Worth, he has accumulated a net worth of $120 million.

Now, he is one of the most respected figures in the movie industry and a favorite of many movie fans.

Stay tuned to get more updates on Quentin Tarantino.