By LRU Writer | On: March 16, 2017
I guess every sports fan has watched ESPN’s SportsCenter. Yes, I’m talking about long-time familiar face on SportsCenter, Chris McKendry. After 20 years of her service, she has finally decided to focus on tennis host. 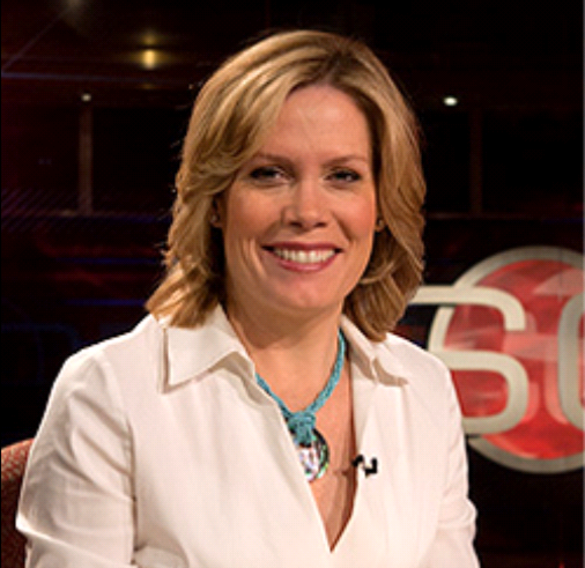 I guess every sports fan has watched ESPN’s SportsCenter. Yes, I’m talking about long-time familiar face on SportsCenter, Chris McKendry. After 20 years of her service, she has finally decided to focus on tennis host. ESPN and Chris McKendry decided to reach an agreement which includes McKendry focusing on tennis, the sports she loves the most. Chris was a longtime host at SportsCenter after she joined SC on July 27, 1996. That’s one lot of time. She was also the host of many live events like Little League World Series.For the matter of fact, McKendry was a division I tennis player at Drexel University herself.

“On July 27, 1996, I made my SportsCenter debut,” McKendry recalls to ESPN.  “A newly hired reporter is visiting Bristol, I was just fill in.  I never left.  I found myself next to those whose talents, personalities and reputations initially scared me to death only to realize that I had found what would be my home for nearly 20 years.

“But when ESPN first assigned me to the Australian Open in 2010, I knew instantly that I was working on my future.  I’ve decided the future is now.  Wimbledon is one of sports’ most iconic competitions and venues, and that’s where you’ll find me next.  I have a seat there because of the seat I’ve occupied on SportsCenter. For that, I am forever grateful.”

Chris’s final Sportscenter was aired on March 31, 2016. It also included a special segment which included Chris McKendry long time career with the show.She will be grand slam host and will be hosting Australian Open each January along with US Open in late summer each year.

“Chris instantly and seamlessly became part of the traveling road show that is the ESPN tennis family,” said Jamie Reynolds, ESPN vice president, production.  “Our telecasts are elevated by her professionalism, dedication, personality and a lifelong love of tennis, and we all look forward to continuing to have her as part of the team.”

Chris McKendry has reached an agreement with ESPN in which former SportsCenter anchor will have her sights on tennis and will continue to work for ESPN including coverage of three of the sport’s Majors tournaments – the Australian and US Opens and Wimbledon.

In an interview with tennis snow, Chris McKendry said:

"I am very excited for this change. From the time I was assigned the Australian Open in January of 2010, it hit me: This is the next step in my career. To be not just an anchor, but a host. To go to these big events, it's so exciting. I've told many people: It's one of those genies you can't put back in the bottle. Once you do a Grand Slam event, it's hard not to want to do it again. I just kept working at it with the hope that maybe I could make the transition to a full-time position.

I'm so excited; it's something I planned for and worked for. That being said, the day before my last SportsCenter that's when it me, going into the Bristol studios, how many great people I'm probably not going to see again or work with again. Never say never, but a lot of the analysts that I know so well in tennis—like 10 minutes before you called I was chatting with Mary Joe (Fernandez) catching up—we're friends, we're close friends. I have a lot of analyst friends like that I've met in every sport because of SportsCenter. So it was emotional. It was more emotional than I expected on the last day, but it's been 20 years of my life. Now that my final SportsCenter is said and done, I'm moving on and excited".

Chris McKendry is married. Yes, she is married to Eduardo Andrade. The couple married after long seasons’ of dating between them.  They have two children. Eduardo is president of Westport Library and coach of Westport little league. Chris and her husband, Eduardo have been associated with little league parents since 2008.

ESPN’s Chris McKendry has reported that Maria Sharapova’s major announcement is likely not retirement. The five-time Grand Slam champion Sharapova announced in March of 2016 that she had a “major announcement.”

“It may not be a retirement announcement at all. We won't be having 2 retirements today.”

Ultimately in a news conference held on March in Los Angeles, five-time Grand Slam winner Maria Sharapova announced that she'd tested positive for Meld onium. That drug was added to the WADA banned list in 2016.

Chris McKendry is a tennis host for Grand Slam events. Before she was ESPN journalist since 1996. McKendry is best known as co-anchor of ESPN’s Sportscenter. Chris graduated from Drexel University on a tennis scholarship with a bachelor degree in humanities in 1990. She was also a scholarship tennis player at that time.