By LRU Writer | On: October 18, 2019
Coming from a unique ethnicity Remy Hii...Remi is also on the list of Hottest Guys...on-screen wife Kokachin in the second season of Marco Polo...known about his parents... 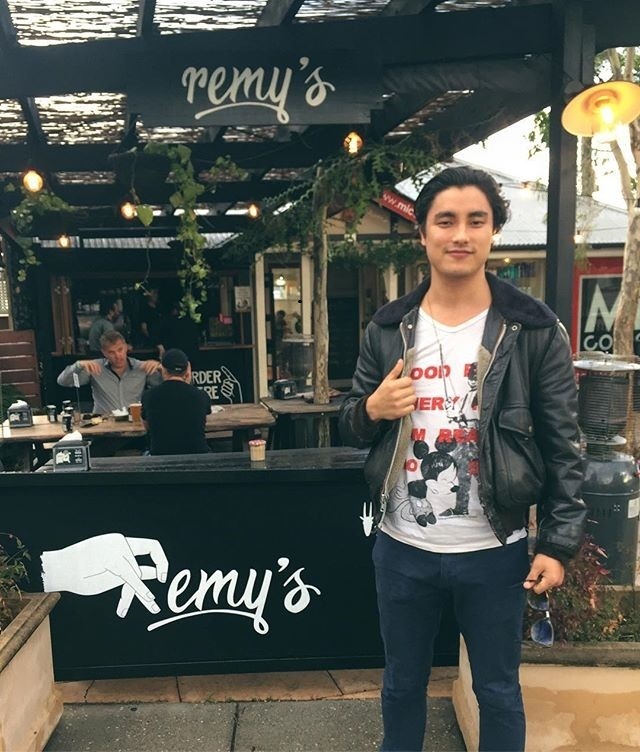 In the movie, which was released to Hollywood on 26th June 2019, he played the role of a popular student Brad. His character was the main competition of Peter Parker (Tom Holland).

Be that as it may, the role is the icing on the cake for the winner of Graham Kennedy Award for Most Outstanding Newcomer for his role as Van in Better Man. Remy is better known to his fans as Alistar Cheng in the 2018 feature film, Crazy Rich Asians.

Has Girlfriend Or Gay?

Remy is possibly single as of 2019. But, if he is not, kudos to his superiority for keeping all his romance undergrounded. He has not been on any news nor any controversies regarding dating or love affairs.

You May Wanna See:- Kirsten Dunst Husband, Baby, Net Worth

Remi of height 5 feet and 11 inches (1.8m) is highly focused on his acting career and looks like he is just waiting for his perfect partner. But, meanwhile, he has also been tangled in gay rumors. His role as a gay elite swimmer Hudson Walsh in the Australian television soap opera Neighbours has fueled the rumors. On top of that, Remy got on the list of Hottest Guys (from a gay man’s perspective) of IMDB.

But, the roles don't quite define his real-life sexuality. All because Remy has also played a straight man. He portrayed one of the hot men as Alistar in Crazy Rich Asians; the movie offers unparalleled hot male eye candy, according to female fans.

If that's not enough, Remy also had an on-screen wife, Kokachin, in the second season of Marco Polo.

Alas, he still has no wife in his real-life yet. His marriage with a beautiful lady could end all the gay rumors, or his involvement with another guy could prove these gay allegations right.

The fans may have to wait and see to find out the relationship status of the actor, who is at the age of 32.

Remy was born on 24 July 1986 in Queensland, Australia. He has a unique ethnicity of Chinese-Malaysian descent father and English descent mother. Thus, he possesses a mixed race-ethnicity.

Further, he has tweeted exciting facts about his name Remy in 2013.

@HettydeHeks My mother told me I was named after a film about an orphaned French boy named Remy. Could it be Sans Famille???"

Remy attended the National Institute of Dramatic Arts for three years before his acting debut as a guest on East of Everything in 2009.

No wonder with his movies lined up; the renowned actor has an estimated net worth of $800 thousand as of 2019.