By LRU Writer | On: February 10, 2020
Renee Zellweger is an actress is best known for Cold Mountain (2003), Judy (2019)...bagged the Best Actress Oscar at the 92nd Academy Awards for her portrayal of Judy Garland in Judy...previously married to country star...boyfriends...Age & Family...center of a plastic surgery controversy...has a net worth of...stands at a height of... 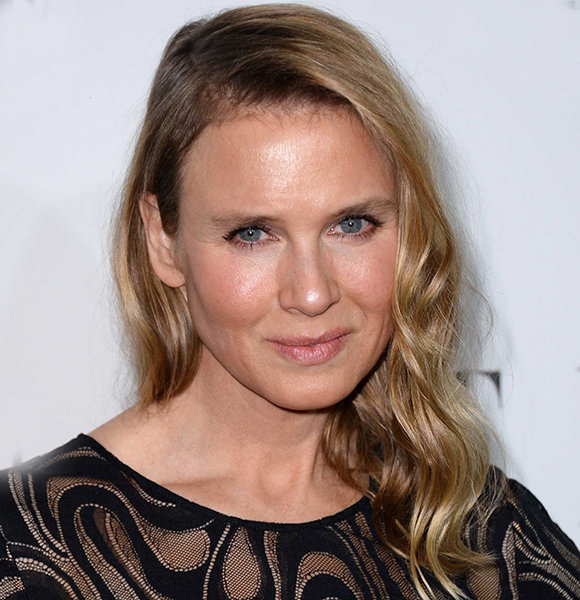 Renee Zellweger is an actress best known for Jerry Maguire (1996), Bridget Jones Diary (2001), Cold Mountain (2003), and Judy (2019). Critics have praised her for her willingness to portray characters that break the norm and deliver outstanding performances.

She bagged the Best Actress Oscar at the 92nd Academy Awards for her portrayal of Judy Garland in Judy.

The Judy actress was previously married to country star Kenny Chesney. The two first met in at a tsunami telethon in January of 2005 and began dating. Their relation progressed quickly, and the couple got married on 9th May of the same year.

Unfortunately, things didn’t work out, and Renee separated from her then-husband after just four months of being married. The reason for the failure of the marriage was cited to be “fraud” by the actress. The split generated a lot of, buzzes and many began speculating if Kenny was gay.

Later on, Renee spoke more on the topic; she clarified that ‘fraud’ was simply legal language and not a reflection of the singer’s character. She and Kenny also released a joint statement explaining that their split was due to “differences” and “the miscommunication of objective of their marriage.”

Their marriage was annulled on 20th December 2005.

The award-winning academy actress was in a relationship with musician and songwriter Doyle Bramhall II from 2012 to 2019. Prior to dating Doyle, she was linked romantically to actor Bradley Cooper from 2009 to 2011. Renee was also said to have been dating Jim Carrey in 1999, and he reportedly gifted her a $200K ring. The two parted ways in December of 2000.

Renee Kathleen Zellweger was born to Emil Erich Zellweger and Kjellfrid Irene on 25th April 1969 in Katy, Texas. Her father is a Swiss-born engineer while her mother is a Norwegian-born nurse and midwife.

The actress also has a younger brother named Drew Zellweger, who was born on 15th February 1967; he works as a marketing executive.

The Cold Mountain actress had been a center of a plastic surgery controversy after a red carpet appearance she made in 2014. Many speculated that she had gone under the knife to change her looks.

The actress denied any rumors regarding cosmetic surgeries. She also spoke about the scrutiny and emotional trauma she endured because of the rumors in an interview with U.S. radio station SiriusXM in September of 2019.

According to celebritynetworth.com, Renee has a net worth of $60 million.