By LRU Writer | On: August 16, 2019
Rickey Stenhouse Jr. made his transition from United States Auto Club to NASCAR count by winning back to back NASCAR Nationwide Series Championships in...news of their dating arose in late 2012 when they were preparing for the...suggested that the break up took place because of Rickey’s denying behavior towards... 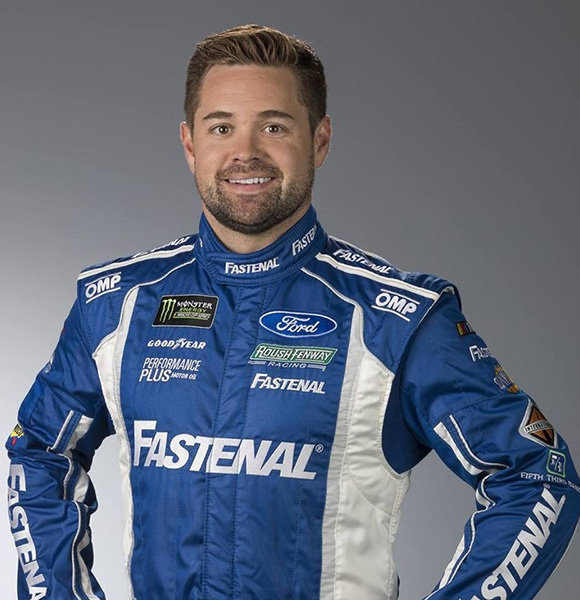 Putting his driving skills to the test and guiding the race across the finish line, Rickey Stenhouse Jr. made his transition from United States Auto Club to NASCAR. He did so by winning back to back NASCAR Nationwide Series Championships in 2011 and 2012.

With 35 top-five finish and more than 50 top ten spots during his championship season, the racer was the new young sensation in the motorsport circle.

Similar to racing in the track with his car, Rickey Stenhouse Jr. is running laps with his dating relationships.

Previously, he dated a famous race car driver, Danica Patrick. The news of their dating arose in late 2012 when they were preparing for the NASCAR Cup Series Rookie season. After spending five years together, the couple released a public statement of their breakup in 2017.

More On Rickey's Ex-Girlfriend:- NASCAR Racer Danica Patrick Is Need Of Of Some After Sponsor Nature's Bakery Turned Their Backs

Rumors suggested that the break up took place because of Rickey’s inability to commit towards marriage.

As of now, the two time Nascar Champ is dating a new girlfriend, Brittney Long. The couple frequently posts pictures of each other on their respective social media handles. Their affection indicates that the two could be a perfect future husband and wife for one another.

Growing up with his sister Stacy Stenhouse in a family of four, Ricky chose to follow the footsteps of his father in racing. At the age of six, he participated in go-kart racing events and learned the skills of racing in a real track.

He has already mustered 47 wins, and 90 podium finishes at the start of his racing career. Today, he is the most successful Nascar driver with 243 career starts, 15 top 5 finishes,33 top-ten finishes and two wins and pole each.

For 2019, he is driving the Number 17 Ford in the Monster Energy NASCAR Cup Series for Roush Fenway Racing.

Flaunting the number seventeen on his racing car, Ricky Stenhouse is a tough customer to beat when he gets behind the steering wheels.

He started his racing journey in 2008 when he began stock car racing on the ARCA Racing Series Circuit. Gradually, he continued acing the sport and tried the unchartered territory within the games.

From all his accolades in the sport, he has bagged a whopping net worth of $20M for himself. That’s not all; he owns a house in Mooresville, North Carolina, which contains a whole dirt track for his entertainment.

Also, a regular paint resembling the paint of his racing cars costs $9.99, which reflects the success and fortune of the racer.