By LRU Writer | On: June 27, 2019
Roberta Colindrez is an actress and...was born on 28 May 1986 in Mexico...is of mixed ethnicity with Honduran and Argentinian ...portrayed a queer female cowboy, Devon in... 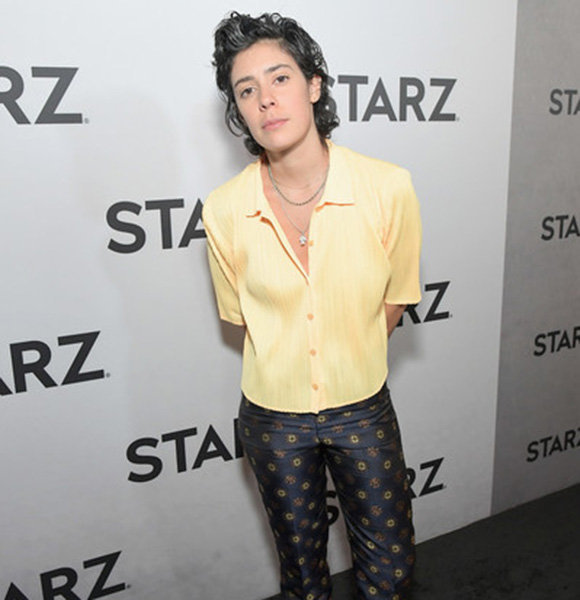 Roberta Colindrez is an actress and a writer known for originating and playing the part of Joan in the musical Fun Home of 2013.

She was born in 1986. Possessing a mixed ethnicity with Honduran and Argentinian heritage, Roberta celebrates her birthday on 28th May. Her height is 5 feet and 4 inches(1.6m).

Who Is Her Partner?

People have always wondered about Roberta's sexual orientation and dating life. As she portrayed a queer female cowboy, Devon in the movie I Love Dick, many suspected her to be gay.

And, for a surprise, she proved the speculations right. During an interview with Vanity Fair in 2017, Roberta gushed about her sexuality. She said:

"Well, hilariously, I am a playwright who has lived in a trailer in my friend’s backyard in Texas. And I’m gay, so there’s that."

Though Roberta revealed her sexuality to the world, she has not opened about her dating relationship in the public. Well, she has hidden her partner's identity - if exist- just like her family members.

Perhaps she wants her personal life to be away from the limelight.

She made her debut in the acting field in 2006, starring in Too Much Light Makes the Baby Go Blind. She, then, appeared in several short films and theatre productions. In 2011, Roberta wrote and starred in the movie Otis Under Sky.

In the year of 2013, she played the character of Joan, a young and confident lesbian in the musical Fun Home. The show closed in 2014. But, after her cameo in Birdman, Fun Home reopened in 2015 and got nominated for 7 Tony Awards, acquiring 5 of them.

Following the event, Roberta made guest appearances on many TV shows. On top of that, she became a series regular for the show Vida in 2019.

Even though Roberta seems quite confident about herself, she almost lost her opportunity to work on Vida in 2019.

Well, she was quite nervous and uptight about playing a gay, queer character again.

Roberta became worried she would be typecast, reducing future acting possibilities. But, the show writer and producer Tanya Saracho, persuaded her to play the role and support the LGBT community as the character and herself. Ony, after her talk with Tanya, Roberta decided to accept the proposal to work as a series regular for the show Vida from its second season.

An actors salary can vary to any amount; the earnings of an actress usually depend upon her work and popularity. A similar case will be applied to Roberta, who is 31 years of age.

As an up and rising actress, she has featured in multiple TV shows and movies. However, she is yet to reach the height of an A-list actress. So, it can be assumed that she collects around an average salary of an actress to enrich her net worth.