By LRU Writer | On: July 15, 2019
Rosie Alice Huntington-Whiteley...With a beautiful physique of body... was a part of the... was born on...Although Rosie is of... has been together with her longtime beau... impressed his partner with...the couple has not...made her debut in the year...In 2018, Rosie earned...total net worth is... 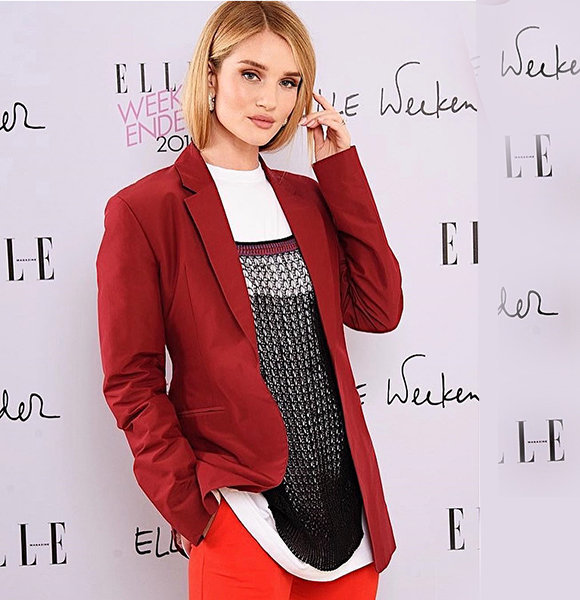 With body measurements of 34-25-35, a height of 5 feet and 9 inches (1.75m) and body weight of 54 kg, Rosie Alice Huntington-Whiteley is an exquisite woman best recognized as Victoria's Secrets lingerie model.

She was a part of the angels in five Victoria Secret Fashion show from the year 2006 to 2010.

Rosie became an international model two years after her Victoria Secret debut. Since then, she has shown off her dark blonde hair and beautiful curves on covers of famous magazines, including Vogue, GQ, Elle, Harper's Bazaar, and many others.

Rosie was born on 18 April 1987 in Plymouth, Devon, England. She is the child of Charles Andrew Huntington-Whiteley, a chartered surveyor and fitness instructor, Fiona Jackson Huntington-Whiteley. She has two siblings, Toby and Florence.

Although Rosie is of British nationality, her ancestry is of mixed nature. One of her lineages is of British origin associated with an English political family of England, while other consists of a family of Polish Jews, who relocated to England in the 1870s, and Jewish ancestors from Netherland.

Rosie has been together with her longtime beau Jason Statham. They started dating from the year 2010.

Rosie is at the age of 32 and is roughly 20 years younger than her boyfriend, Jason. But, the difference in age does not matter to them, Jason and Rosie took their relationship to the next platform by getting engaged in January 2016.

Jason impressed his partner with a £250,000 diamond ring. After a few months into the proposal, Rosie became pregnant with Jason's child.

And, within a year, Rosie and Jason welcomed their baby boy named Jack Oscar Statham on 24 June 2017. Although the couple are not married to each other, Rosie is quite content with her fiance Jason and son Jack.

Rosie believes she is ready for the next step but, does not consider marriage to be her top priority. She desires to get married after Jack grows up a little so her son can also be a part of her wedding.

Being a Victoria Secrets Angel and renowned model, she is also an actress. Rosie made her debut in the year 2010 via the third movie of the Transformer series. After which, she also acted on the 2015 blockbuster Mad Max: Fury Road.

In 2018, Rosie earned $11 million through her efforts. Forbes Magazine also declared her as one of the highest-paid models on earth. Rosie's total net worth is assumed to be a whopping $30 million.