By LRU Writer | On: March 10, 2020
Royce Reed is a reality star who is best recognized for her appearance on Basketball Wives (2010)...Her current relationship status is...The reality star dated Dwight Howard...They are blessed with a...Dwight filed a lawsuit against...Royce has a net worth of around...She was born on...Her Zodiac sign is... 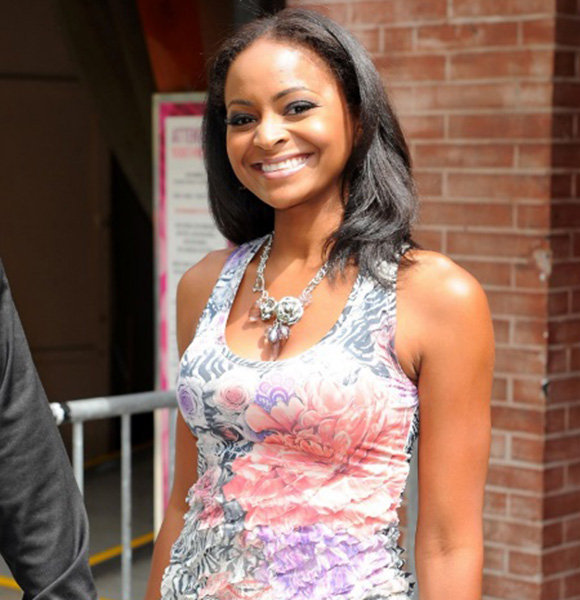 Reality star Royce Reed is famous for her appearance on the VH1 reality series, Basketball Wives (2010).

Prior to her appearance on the show, she was a dancer for basketball teams like the Orlando Magic and the Miami Heat. As of now, she is the owner and founder of the dance company, Fantashique.

The reality star is dating a guy whose identity is not yet revealed. The two celebrated 2020 Valentine's day in Vegas together.

Royce previously dated the basketball player, Dwight Howard, and they welcomed a son together.

The ex-flames first met during the 2005-2006 season when Royce was a dancer for the Orlando Magic. The two bonded together and started to date right away. Further, they were blessed with a son named Braylon on 18th November 2007.

Eventually, Royce and Dwight parted ways due to some undisclosed reason. The two fought for the custody of their child in 2008; Royce became the primary caretaker and received handsome child support payments from Dwight.

After the custody battle, Royce accused her baby father to be raunchy, and she added that he had missed several scheduled visits with son Braylon. Also, she suspected of him having another child in his hometown of Atlanta.

Dwight struck back by filing two lawsuits in 2009; the first one was seeking $9.2 million in damages in response to the impact the comments might have on his image with potential sponsors, including McDonald's and Adidas. The second lawsuit petitioned for increased custody of his son.

Further, Royce was ordered to stop discussing her relationship with Dwight, and she was also forbidden to make disparaging remarks about him.

In September 2010, the reality star filed a motion in an Orange County, Florida court asking the court to appoint a guardian to make sure Howard adheres to the scheduled visits in their tenuous custody arrangement.

Moreover, in 2014, Royce accused Dwight of physically abusing their son. But the case was not investigated further due to the lack of evidence.

Two years later, in 2016, Royce and Dwight finally ended their fight and opened up the lines of communication for the sake of their son. As of now, they co-parent their son, and their relationship is amiable.

Facts About Royce Reed Including Age, Net Worth