By LRU Writer | On: March 03, 2021
Rylan Clark-Neal shares romance with his boyfriend-turned-husband...they met back when they both appeared in...since then the couple has been going strong with their romance. They got engaged back in...while they were on holiday to...After...years the pair finally tied the wedding knot in... 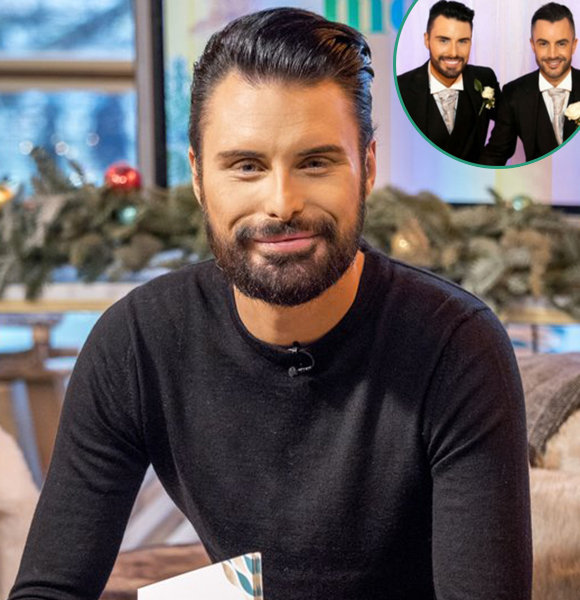 Media personality Rylan Clark-Neal, who rose to fame being a contestant on The X Factor back in 2012 and finishing as the top five, has been exposed to much fame. A lot to his fame came from his win at the Celebrity Big Brother back in 2013.

His appearance on the show not only presented him with fame and fortune but also awarded him the love of his life. Rylan shares romance with his then fellow contestant on the show.

Rylan and his boyfriend-turned-husband has been sharing the romance for a while now and seems like they are looking forward to having a family of their own.

Rylan Clark-Neal, who is also known for his appearance on ITV's This Morning, shares a long-lasting romance with his partner Dan Neal. The couple has been together for years since they first met back in 2013.

The couple knew each other from the days when they both appeared in the 14the season of series Big Brother. The couple began dating right after Rylan, age 29, interviewed Dan, who is a father of one, on Big Brother's Bit on the Side.

Even after the end of the show, the couple went on strong with their relationship, unlike many other celebrities. After being together for almost two years, the pair decided to take their relationship to next level.

"Pleased to say we're engaged. Thank you for all your lovely messages. Myself and @DanNealOfficial are very happy"

During that time the couple was on a romantic getaway to Paris. While their time there, Dan popped the question to Rylan which caught him by surprise. Taking a little time for Rylan to catch up with the situation, he ended up saying "yes" to the proposal.

The duo was much excited with their newly formed relationship and was also looking forward give a title to it. About almost a year later in November 2015, Rylan and Dan decided to get married.

The gay couple had their wedding ceremony in Essex which was accompanied by many of their high profile friends along with family. During the time of their wedding, the pair kept the details of their nuptials under the wraps for their fans.

But later after the wedding and they honeymoon getaway to the Maldives, Rylan and Dan shared their wedding pictures and through the pictures, it seemed like they both celebrated their wedding in style. Rylan Clark-Neal with his husband Dan Neal on their wedding day. (Photo: dailymail.co.uk)

Back then, they even revealed that the pair had almost missed out on their wedding outfit which they realized only two weeks before the big day. Luckily a company called Rob and Abigail at the Grooms Room prepared their outfit just in two weeks.

Don't Miss: Matt Iseman Has No Intentions On Getting Married? Has A Girlfriend That Could Turn Into A Wife?

However, they have not yet decided how they would do it but seems like they would soon have a new addition to their family of three.

Just like Rylan, his husband Dan Neal is also a reality star. Dan is known for his appearance on season 14 of Big Brother UK and also for being the husband of Rylan, who has a net worth of $6 million.

Before Dan rose to fame, he worked as a police officer and was a member of Scotland Yard's Operation Yewtree squad. He is also believed to have been involved in the investigations of child sex abuse through the hands of British DJ Jimmy Savile.

Dan, who is at the age of 39, left his life as a police officer behind and gave a shot at fame appearing in Big Brother. After his wedding with Rylan, they both started appearing as a first gay couple host This Morning.

They even appeared in place of Ruth and Eamonn while they were on holidays which gained them much love from the viewers. That was Dan's big daytime TV debut for which he prepared for all night as revealed by Rylan.