By LRU Writer | On: July 15, 2019
Sabrina Siddiqui is a trilingual journalist who covers political reporting for...the reporter has covered two United States Presidental Campaigns...moved to the United States about 40 years ago...started freelance writing in high school and even served as their newspaper...tied the knot in what was a traditional marriage ceremony... 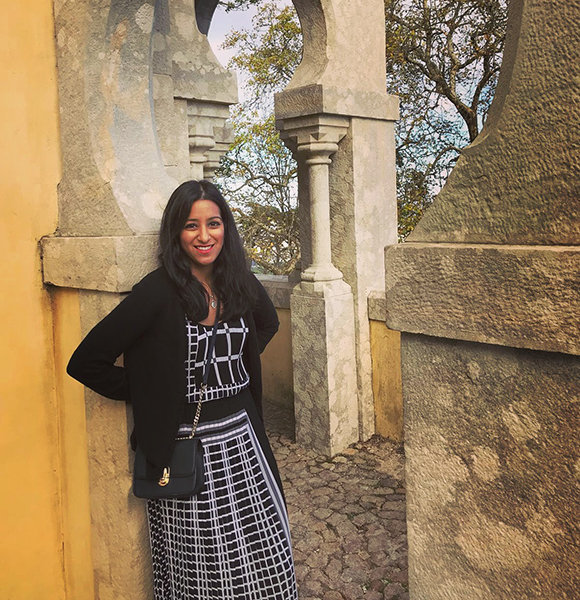 Sabrina Siddiqui is a trilingual journalist - who covers political reporting for The Guardian US. She also worked on the White House desk at Bloomberg News and reported news based on Trump's administration.

In her four-year journalism career, the reporter has covered two United States Presidental Campaigns and is up to date with the political stories in America.

As of now, she is a CNN contributor and political analyst, who continues to contribute to the field of journalism.

Sabrina Siddiqui was born in the US in 1986 and revives her birthday every year on 8 December. She boasts Asian Ethnicity from her parents. Her father Jamir was born as an Indian but raised in Pakistan; whereas, her mother was born and raised in Karachi, Pakistan.

Her mother was the chef at Nishat’s Kitchen in Pakistan while her elder brother Anwar worked as a Medical Practitioner.

Talking about her family background, her father had moved to the United States about 40 years ago in 1979, searching for opportunities to live a prosperous life in the country of possibilities. However, Sabrina spent most of her childhood in Rome, Italy, as her family migrated to Rome for ten years.

It was from a young age that Sabrina wanted to become a journalist. At the age of 13, she had already built a habit of writing and creating short stories. She even displayed excellent writing skills when she gave her parents a Bollywood movie review, which she made herself.

Slowly from the support of her family, the nimble journalist started freelance writing in high school and even served as their newspaper editor. After her high school journey, she joined at the Medill School of Journalism at Northwestern University in Chicago, where she completed her education.

After getting a degree for herself, Sabrina joined her first job at Bloomberg News. She actively covered the American’s political scenario and landed herself a place as a White House Reporter.

Amidst her journalism journey, she even covered two Presidential Elections in 2012 and 2016. As of now, the reporter is working for Guardian US, where she covers Trumps administration, national politics, and the White House. She even works with CNN as a political contributor.

The couple first met each other on a dating app Bumble and kick-started their loving relationship in 2016. After being together for two years, the pair decided to get engaged in October 2018. The couple made a lot of plans for their marriage and the moment finally came in July 2019 in Westfields Marriott Washington Dulles. The couple tied the knot in what was a traditional marriage ceremony between close family and friends.

Having engaged herself in multiple jobs, Sabrina’s salary as CNN contributor earns her an average of $67K per year.

Along with that, she earns $99K per year from her job as a White House correspondent, which adds to her undisclosed net worth.