By LRU Writer | On: June 28, 2019
CBS4 reporter, Bianca Peters, was determined to be a...excelled in the field of journalism...celebrates her birthday on 1 April... shifted her attention to her education...made a significant impact... 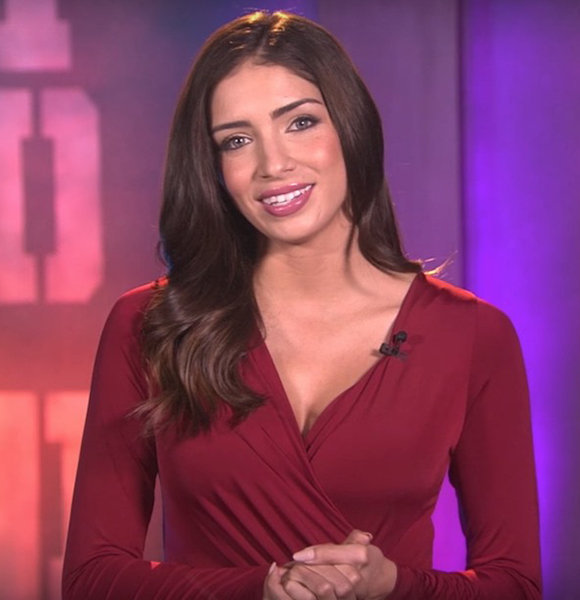 The CBS4 reporter, Bianca Peters, was determined to be a football player, but she ended up only talking about it. Lacking the physical capabilities of a player, Bianca felt short to live her dream.

However, she excelled in the field of journalism and made a career out of her drive for sports.

Bianca Peters grabbed a lot of attention in 2018 when she was spotted hanging out with the NFL player Danny Amendola on a beach in Maimi. The news of them dating spread like wildfire as Danny was in a relationship with Miss Universe Olivia Culpo at the time.

However, the CBS journalist cleared the doubts of people claiming she met the star player just the night before the incident with a group of friend in a house party. Bianca also made clear they were not dating, and she had no plans to extend friendship with the player in the future.

Since then, she is not married, and further information regarding her future husband is also obscure.

Inheriting a White-Caucasian ethnicity, Bianca Peters was born in Miami, Florida in 1991. She celebrates her birthday on 1 April every year.

Bianca comes from an American football loving family background. Both her parents are very loud and enthusiastic when it comes to sports. One of her uncles even played football professionally, and her cousin is also a player.

Growing up in a sports-related family, Bianca also longed to be a football player from a tender age. However, her physical attributes did not support her in playing; she was lean, and her height was only 5 feet 3 inches (1.65 meters). However, her physic did not stop her from excelling in life; she shifted her attention to her education to be a journalist.

Bianca attended the California State University, Long Beach, and received a bachelors degree in Communication. Earlier in her college days, she also worked for the student TV station, College Beat, producing and hosting various events including a college football show, which aired weekly.

The former Miss Malibu has made a significant impact wherever she has been.

Winning the Miss Malibu pageant, and finishing in the top ten in miss California in 2010, Bianca has come a long way to establishing herself as a successful news reporter and sports journalist.

At present, she works for Miami TV station CBS4 as a traffic anchor and sports reporter, accumulating a salary up to 60K per year.