By LRU Writer | On: October 21, 2018
Realizing our readers' growing fascination with Sam, we have thus compiled a wiki-like-bio...Working for FOX31 Denver, Sam, age...Sam is yet to follow her parent's footstep, who got married in...Time and again, Sam references the so-called husband prospect in...Born on 10th May 1984 to loving parents, Sam shares her birthday with many other celebrities including... 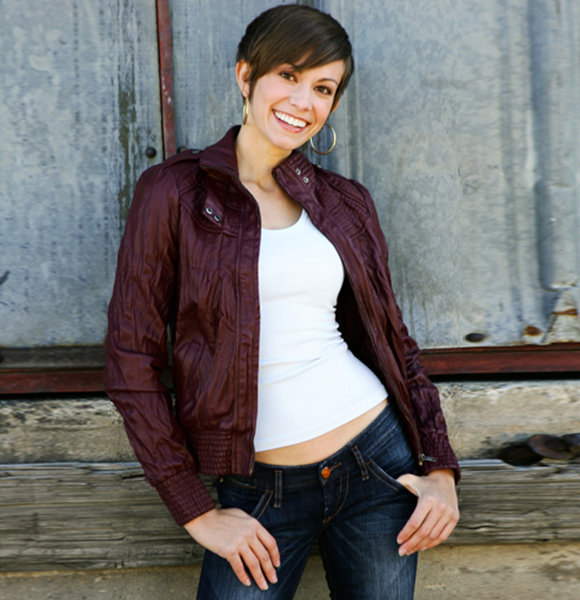 Best known for being the traffic anchor on FOX31 Morning News, Sam Boik surely hasn't had the onus - unlike many women - to look for potential husbands on her own. Given her unabashed charms and equally unforgiving physical traits, it's not a farfetched idea that men would want to lure her into getting married.

The former DBC and Pro Bowl cheerleader can always use her parents' marriage as a reference point in case she wants to settle down for good. But for the time being, she seems content with her true calling, which has its perks in the form of a lucrative salary.

Realizing our readers' growing fascination with Sam, we have thus compiled a wiki-like-bio on her. The said wiki range from her age to her birthday, to her height, and to her education. Furthermore, we shine a light on the reclusive TV personality's married life.

Sam's transition from a world traveling ballerina to TV personality makes for a fascinating case study.

Between 2002 to 2009 - as a part of the Milwaukee Ballet and later, Carolina Ballet - the FOX31 Denver reporter traveled the world performing in countries such as China, France, and Hong Kong. But by the end of the 2000's, she had already pivoted to modeling and cheerleading.

It was her experience as a cheerleader for the NFL outfit Denver Broncos Football Club that would eventually help her climb the ladders of the TV world. Starting first at the Denver Outlaws as its in-game host, Sam - who stands 5 feet 9 inches(175 cm) in height - went on to secure a lucrative move to FOX31 Denver in 2016.

At FOX31 Denver, besides being the designated traffic anchor on FOX31 Morning News, the former professional ballerina also hosts The Everyday Show on FOX. Her excursions at the network as mentioned above hasn't been in vain. Considering Sam's lack of broadcasting background, that's a lofty achievement. As for her formal education, her wiki reveals that she had attended E.C. Glass High School.

Interesting:- Mariah Huq’s Life At Age 39: With Husband And Fabulous House On Fleek

Born on 10th May 1984 to loving parents, Sam shares her birthday with many other celebrities including comedian Kenan Thompson and British rocker Bono. Believe it or not, her parents are together for 35 years now.

Married To The Game; Mentions Husband Prospect On A Tweet

Sadly, Sam is yet to follow her parent's footstep, who got married in 1983.

In Sam's defense, she just hasn't had the time nor the right mindset to get hitched. And there's her day job, which seems to occupy most of her time. As cliche as this may sound, but she's really "married to the game." That said, the FOX31 Denver reporter hasn't wholly isolated herself from the romantic front. Time and again, Sam references the so-called husband prospect in her tweets. Replying to her earlier tweet about flights cancellation, she once tweeted:

"my boyfriend was supposed to fly in Friday night and we bumped his flight up because we knew that was going to happen! Insane!"

Sam, once again, didn't go into the details regarding her boyfriend's identity. But the fact she even has someone to call a boyfriend - despite her hectic schedule - is a further proof that she hasn't lost hope in finding the "elusive husband."

How could she? After all, she grew up watching her parents making their marriage work for a quarter of a century.