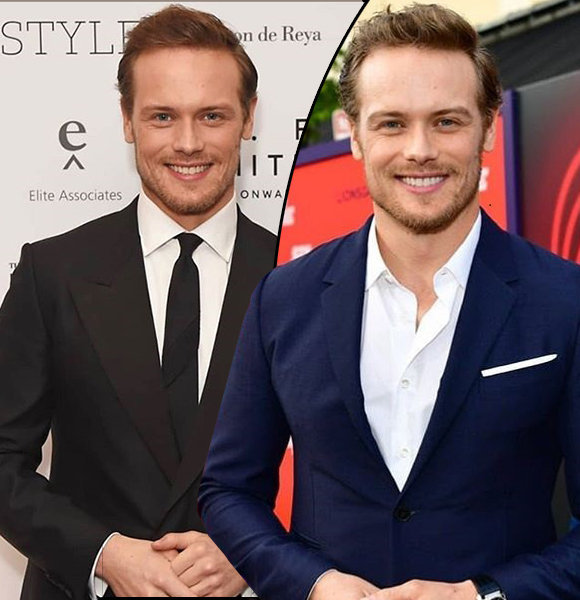 Scottish star Sam Heughan is best known for his role as Jamie Fraser in the Starz series Outlander (2014-2021). Equipped with great acting skills and stunning looks, he has become a very successful actor who is loved by the fans of his shows. Read on to know more about him.

Sam was born on 30th April 1980 in New Galloway, Dumfriesshire, Scotland. He and his older brother Cirdan Heughan were raised by their artist mother, Chrissie Heughan. His father was often absent from his life, and any details about his father are scarce.

Sam studied at the Royal Scottish Academy of Music and Drama in Glasgow. He began appearing in plays when he was still a student, and it laid a good foundation for his transition to TV acting.

Besides acting, he is also a philanthropist whose efforts have been recognized by many organizations. He was the president of Bloodwise Scotland (an organization that helps raise funds to beat blood cancer in Scotland) in 2015.

Further, My Peak Challenge, a global community that aims to bring positive change in people’s lives, was co-founded by Sam Heughan and John Valbonesi in 2015.

Sam Heughan has quite a big fanbase among the LGBT community. He portrayed a gay character in the play- Plague Over England performed in London in 2008 and 2009. Further, in the 2007 TV movie, A Very British Sex Scandal also starred Sam as a gay reporter taken to court in the 1950s.

These roles resonated with a lot of people in the LGBT community, and many people tend to think that he is gay.

Sam is not gay. In an interview with NewNowNext.com in July 2018, he clarified that he wasn’t gay. In his own words,

“Yeah, I guess. I played a few gay parts and maybe people might make assumptions about me. I mean, it’s not true, but I don’t really care.”

He has cleared the rumors once and for all.

As a TV star in his prime, he garners a lot of attention. His fans are also curious and invested in his personal life. Sam is unmarried. While he hasn’t officially revealed his dating status, the clues present in his social media accounts say that he is not single. 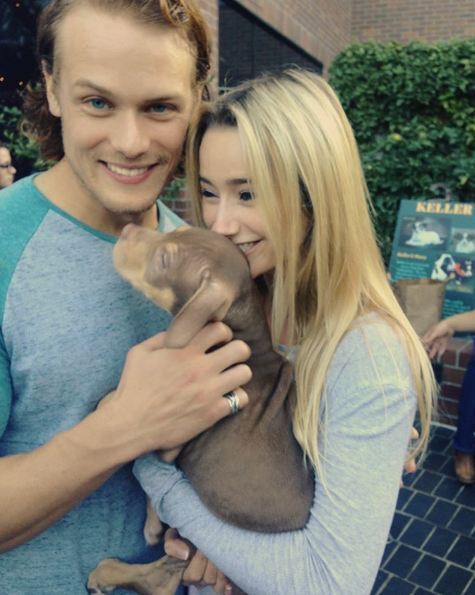 Actress Amy Shiels has been said to be dating Sam since mid-2018. While neither of the two has made any comments on it, they have been sighted together on multiple instances. The two have known each other for more than a decade, and many fans think Amy is his girlfriend.

More About Sam Heughen's Love Life:- MacKenzie Mauzy Started Dating Affair With Sam Heughan; Wedding With Husband Did Not Pay Off After Getting A Divorce

Before Amy, Sam had dated actress MacKenzie Mauzy. Their relationship went on an off for a long time before finally ending in 2017.