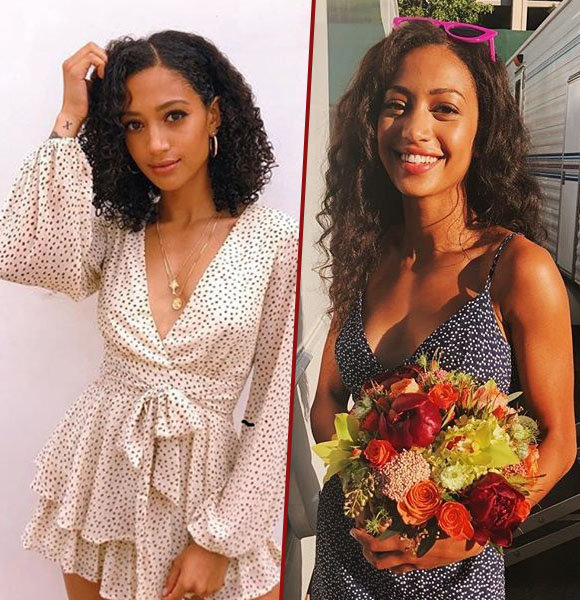 American actress Samantha Logan is a triple threat, who has received training in vocal, dance and acting.

She is most prominently known for her portrayal of Nona Clark in the supernatural drama, 666 Park Avenue (2012-2013), and Taylor DuBois in the medical drama, General Hospital (2013).

She also gained massive recognition for her role as Olivia Baker in the sports drama, All Americans (2018-2020).

More About Dylan:- Is Dylan Sprayberry A Gayman Or Has A List Of Girlfriend To Fade Away Rumors?

She constantly shared pictures with Dylan on her social media. Her last post with Dylan was in 2019’s Valentine Day, on which she shared a picture with him, that read,

But after that post, both Samantha and Dylan have not appeared on each other’s social media.

She has Trinidadian ancestry from her father’s side and Irish ancestry on her mother’s side.

Her parents reportedly parted ways when she was a young girl. After that, she was raised by her mother, Colleen Logan.

Samantha wanted to be an actress from a very young age. At the age of ten, she convinced her mother to move to New York to pursue an acting career.

In New York, she joined acting classes, voice lessons and also received training in many dance forms. Her hard work and dedication eventually paid off as she landed parts in theatre plays and commercial ads shortly after.