By LRU Writer | On: August 22, 2019
Sanaa Lathan this time bewildered her fans taking up a new approach...a fashion inspiration for many youngsters, her big step was questioned by many but, the versatile actress justified her new look saying it gave her a...since a small age she was influenced by her mothers acting and dancing, and her father's involvement in the...has featured in some of the blockbuster movies like Alien vs. Predators, Blade and... 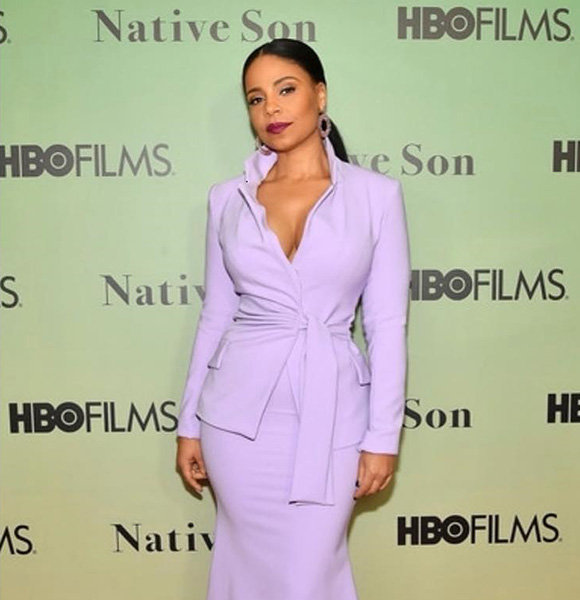 Coming from a family involved in the film industry, Sanaa Lathan was the next baton holder after her director/producer father, Stan Lathan.

Taking guidance from her father, the Native Son actress is considered one of the more talented artists in the business. While her acting has been a masterpiece itself, Sanaa's unique style of portraying herself in front of her fans is another treat to watch.

When it comes to her married life, Sanaa often seems unlucky.

Although her ex-boyfriends include a number of the industry A-Listers like Denzel Washington, Tyrese Gibson, and French Montana, none of them panned out well. Her most prominent relationship was with the Love & Basketball co-actor Omar Epps in 1999.

Unfortunately, the couple parted ways in 2002, after three years of dating.

At the start of 2018, after a hectic dating circle, the actress described that she didn't want to rush into dating for the sake of other people. Adding to the statement, she also cleared having no plans regarding marriage and kids in the future.

Since an early age, she was influenced by her mother's acting and dancing, and her father's involvement in the movies. Her father, who is a celebrated director-producer of films and televisions, helped her gain the exposure she needed to get into the entertainment circle. Born with talent in dancing and acting, her height of 5 feet 7 inches (1.7m) also complements her body perfectly.

After performing several dramas for the Black Theatre Workshop and receiving awards like BET Award and Rising Star Award to her name, Sanaa stepped up the gas and rocketed her career in acting.

At the age of 47, she still features in essential roles for movies and TV series alike.

Sanaa Lathan carries forward a decade long legacy in the film industry. Passing on the family legacy from her father Stan Lathan, the versatile actress has stood up to the challenge and done very well on her part.

Holding more than 44 acting credits to her name, Sanaa featured in some of the blockbuster movies like Alien vs. Predators, Blade, and Love and Basketball.

Have A Quick Peek At:- Nadine Velazquez Husband, Family, Net Worth

Tasting success in the silver screen, the Blade actress then shifted her attention towards TV series. Her overall contribution in the entertainment firm not only gained her awards but also brought her a fortune.

Sanaa's venture in the industry alone helped her accumulate a net worth of $4 million.

Apart from her acting career, Sanaa also likes to experiment with her looks.

The American Assassin actress took everyone by surprise when she appeared with a new haircut for the first time. As a fashion inspiration to many youngsters, her big step was questioned by many. But, Sanaa justified her new looks saying it gave her a new freedom.

Well, it was not a new thing coming from the actress.