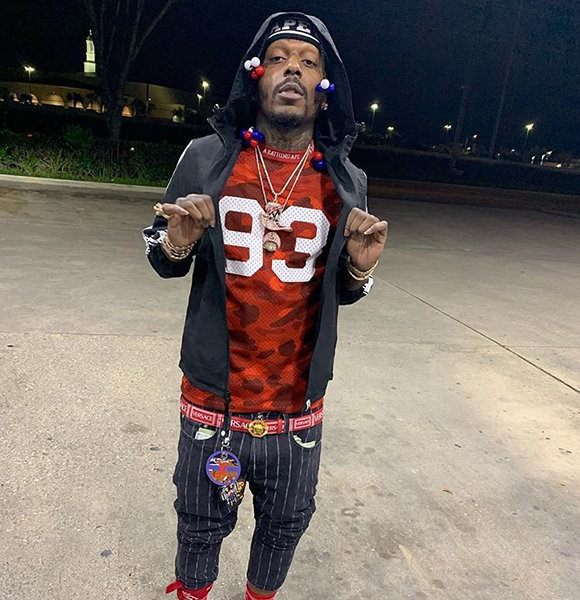 Going against Drake is career suicide.

Houston rapper Sauce Walka was either too oblivious about the fact, or that he didn't care when dropping a dissed song aimed at the "6 God." In his sprawling 2015 diss track, he slapped the Candian rapper of exploiting Houston rap culture for profits.

In 2019, Sauce got into social media spat with another mainstream rapper. After Young Thug issued a physical threat against him, he responded with an epic homophobic rant.

High profile beef aside, Sauce can hold his own â — both as a rapper and an entertaining individual. Stroll through his biography to learn more!

Together with Sancho Saucy, Sauce makes up the Hip-Hop duo Sauce Twinz.

Music listeners first took notice of Sauce when he began releasing mixtapes around 2014. The Sorry 4 The Sauce series, coupled with Drip God and In Sauce We Trust helped him gain notoriety.

Of all his songs, The Kid That Did, Ring Around the Rosies and Sauce Overload are the most popular. Additionally, he boasts collaboration with DJ Holiday and Slim Thug.

In February 2019, Sauce took to Instagram and claimed to sign a $4.5 million recording deal. Undoubtedly, the agreement helped further solidify his burgeoning net worth.

Like his compatriots, the Wack to Wack rapper doesn't mind spending big on jewelry and real estate. Following Nipsey Hussle's passing in 2019, he bought $1.5 thousand worth of merchandise from the late rapper's store.

Single Or With Girlfriend?

When not funding his rockstar lifestyle, Sauce looks after his loved ones. Back in 2017, he even gifted his then-girlfriend a Ferrari. That year, he created internet frenzy by forcing a woman to confess cheating on her boyfriend with him on Insta Live.

Strangely enough, the For Trappers Only hitmaker once tried to recruit a woman to "work for him." As documented in the 2017 Baller Alert article, he could be into "pimping" women; white, in particular. Sauce Walka carries his daughter to a clothing store circa May 2019 (Photo:- Sauce Walka's Instagram)

With a girlfriend or single, Sauce's daughter is still the main girl in his life. The identity of his baby mother is not known.

Sauce Walka - real name Albert Walker Mondane - was born in June 1990. A local of Houston, Texas, he hails from a family whose descendants were from Hondourians.

Raised by a drug addict mother, the Heart of a Champion rapper - age 29 - grew up alongside his brother Dillion Clemons. His biological father Al Rage Walker is a former professional wrestler.