Scott Hoying Is Allegedly Gay And Has A Boyfriend! His Real Sexuality Is Surprising

By LRU Writer | On: December 21, 2017
Scott Hoying Is Allegedly Gay And Has A Boyfriend! His Real Sexuality Is Surprising Recently the same question has raised a lot of eyebrows as the singer and pianist, Scott Hoying, mentioned the similar statement and his real sexuality will surely surprise you. Want to know what it really is? 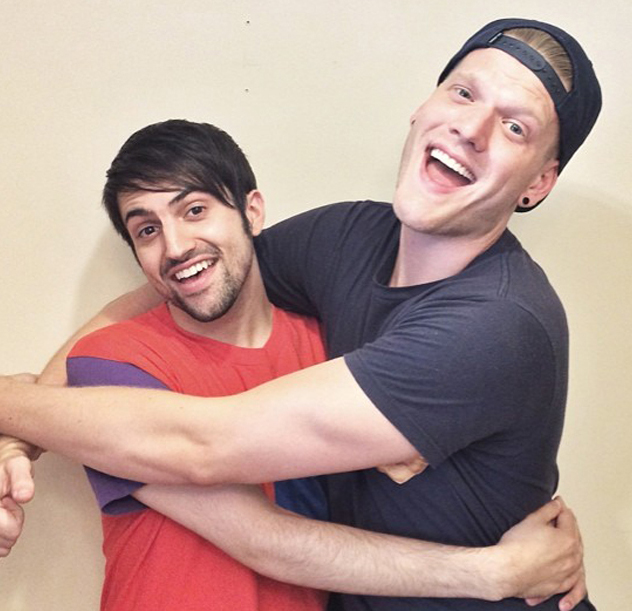 Even though many celebrities have opened up about their sexuality, it is still difficult to answer some questions that the society raises against them. Despite that, many celebs have come forth as a gay, lesbian or bisexual, but what if someone says they belong to none?

Recently the same question has raised a lot of eyebrows as the singer and pianist, Scott Hoying, mentioned the similar statement and his real sexuality will surely surprise you.

Want to know what it really is? If so, then keep on scrolling!

The vocalist of Pentatonix, Scott Hoying, had shocked everyone when he recently opened up about his sexuality in one of the live stream show with one of his band member, Mitch Grassi. Someone questioned Mitch if he prefers himself as gay or straight to which Scott offered another option: pansexual (One who experiences sexual attraction towards all genders including transgender, androgynous, and gender fluid people).

"I wonder if I am pansexual, sometimes I get an inkling,"

But things took another curve when Scott said,

It isn’t the first time when the word ‘pansexual’ grabbed the spotlight as it had already created a huge fuss when a famous singer, Miley Cyrus, revealed herself as one back in 2015.

Though Scott Hoying hasn’t revealed it much clearly; the chances are pretty high that this 26-year-old singer is a pansexual, and it has indeed raised many questions among the fans as it isn’t sure if he’s gay, straight or both.

After Scott, along with the members of Pentatonix, won the season 3 of Sing-0ff  back in 2011, rumors about him being gay started swirling around, and in his defense, he tweeted:

@mitchgrassi I think the tenor might be gay — Scott Hoying (@scotthoying) December 28, 2012

His best friend, Mitch Grassi, also supported him with his reply.

Hoying never revealed anything about his girlfriend any further which started to raise questions among his fans, but despite that, the singer didn’t bother to clear out about his relationship status.

As the rumors started to grow, the friendship between Scott and Mitch got more in-depth with time; they even started a Youtube channel together called ‘sup3rfruit,’ which got enormously popular in a short time.

The besties stayed active on social media, but the fans started questioning their friendship again after they uploaded a shirtless picture of themselves in May 2017.

Well, it doesn’t just end there, as the reply that Scott got in his tweet about a cute birthday wish to Mitch the same year in July surprised everyone.

Although their love was evident clearly in their post when they were asked if they were dating each other, the reply was:

“We have been mad touchy lately. Actually we have always been touchy and cuddly. I think its just been documented more. True! snapchats just exposing us too much”

In the following year, Scott and Mitch got a chance to work with 'Outmagazine,' where they were captioned as the cute gay members.

However, Scott, whose net worth is estimated to be $8 million, never really confessed a word about the rumors of him dating Mitch.

His silence regarding the matter about his boyfriend or girlfriend has become an additional curiosity within the fans and has raised many speculations as well. However, the singer prefers not to reveal much about himself related to his love affairs as of now!