By LRU Writer | On: December 19, 2019
Sean Larkin is a law enforcement officer and TV show host...is now gaining a reputation for being Lana Del Rey's boyfriend...they have been dating from September 2019...are not yet planning a wedding...Sean's ex-wife's identity is not known...his day job is as a police officer...his net worth figures are not revealed yet, however... 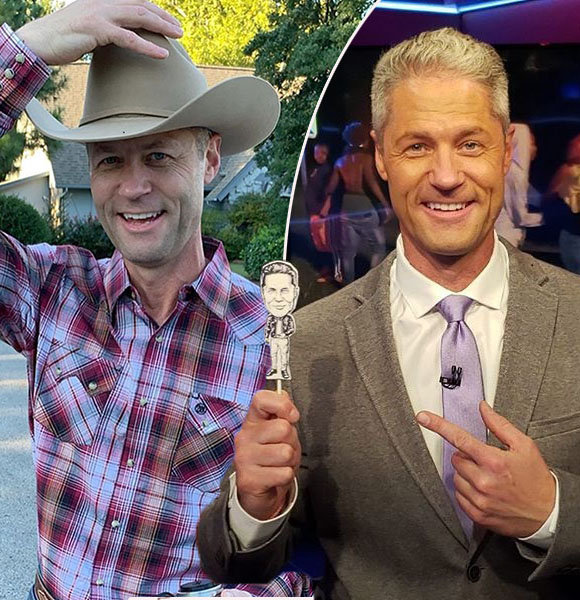 Sean Larkin, most famous as the romantic partner of American Singer Lana Del Rey, is a law enforcement officer in Tulsa, Oklahoma. Sean works in the gang unit of the Tulsa Police Department.

Sean has been working in Tulsa’s gang unit for more than 23 years. However, apart from his day job, he also has substantial TV experience as he appears as an analyst on A&E’s Live PD. He does the show every Friday and Saturday night out of A&E’s studios in New York City.

Another show that Sean hosts is A&E’s Live PD Presents PD CAM - a TV program that shows real, intense footage from police dashboard cameras, body cameras, and helicopters. In addition to this, Sean also was a cast member of Live Rescue.

Sean’s substantial amount of recent recognition comes from his relationship with Lana Del Rey. It is Sean's second relationship; whereas, Lana has dated a few guys such as G-Eazy before him.

The first spotting of the couple was not so long ago, in late September 2019, to be exact. They were seen going for a stroll in Central Park in New York when paparazzi took their pictures. Despite their relationship, it may be too early for the couple to think about a wedding. However, it will be worth waiting to see where the romance ends up in the future.

Sean was in a married relationship before he ended up with Lana. He was in a presumably long relationship, which is pretty evident from his children.

The police officer has a daughter and a son. Alyssa Larkin, his eldest child, was born on 4th August 1997. Meanwhile, Alyssa's little brother, Patrick Larkin, was born in the year 2003; however, his exact birth date is not revealed yet. Sean still hangs out with his children a lot, and they feature quite frequently on his Instagram.