By LRU Writer | On: November 21, 2019
American actress  Alana de la Garza is best-known for...was a model...one lucky lady when it comes to her love life...tied the knot to...was blessed with their first child...has starred in numerous movies and TV shows... was nominated for four...has an estimated net worth of...stands at the height of...perfect measurements of... 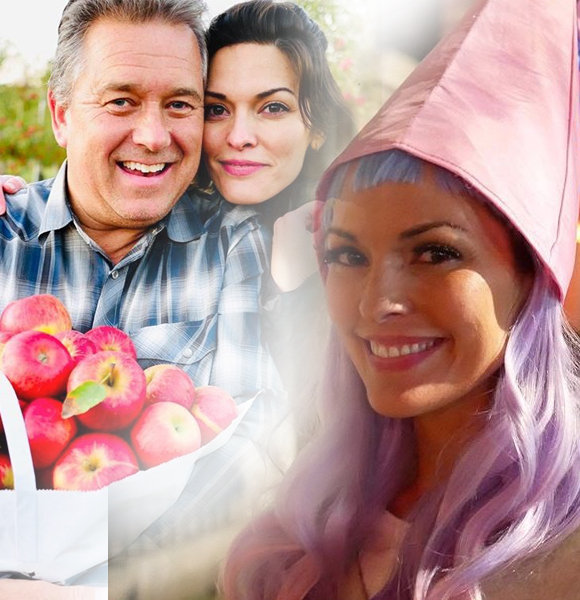 Before starting her journey as an actress, Alana was a model. During her modeling career that started at the age of 13,  Alana was tagged as "Miss Photogenic" at the Miss El Paso Teen USA pageant.

Alana is one lucky lady when it comes to her love life. She tied the knot to a writer Michael Roberts on 31st May 2008. As Alana is an extremely private person, not much is known about the couple's dating history.

However, looking at their married life of over a decade, Alana and her husband do seem to share an exceptional bond.

You May Be Interested:- Danielle Panabaker Pregnant, Baby, Husband, Height Alana, who is blessed with a perfect family and the most loving husband, is a true family woman. According to her,

"In life, the most important thing to me is family. Everything else comes and goes, but your family stays — changing and evolving — but they are permanent."

Well, those are true and wise words from the Law & Order star.

Alana, who started her career as a model, stepped into acting by appearing in a music video for Brooks & Dunn's Ain't Nothing 'bout You. After that, her television debut came in 1999 from the TV series, Mortal Kombat: Conquest. A few years later, Alana made her big-screen debut from Bending All the Rules in 2002.

Following her debut, Alana has starred in numerous movies and TV shows like Mr. Fix It, Do No Harm, Criminal Minds, Forever, FBI, and Scorpion, to name a few.

However, it was her role as Connie Rubirosa in Law & Order that made Alana a household name. For her performance as Connie, she was nominated for four Imagen Awards and two ALMA Awards.

You May Like:- Sarah Habel Husband, Family, Net Worth

Well, from her two-decades-long career in Hollywood, it's pretty apparent that Alana has amassed quite a significant wealth as her net worth. Putting her wealth in numbers, Alana reportedly has an estimated net worth of $4 million.

Speaking of her physical attributes, the gorgeous actress stands at the height of 5 feet 9 inches (1.75 m) with perfect measurements of 32-22-31 inches. Further, the gorgeous actress, who boasts beautiful hazel eyes, has her mixed ethnicity to thank for her alarming good looks.