Who Is Shay Shariatzadeh? Facts About John Cena's Rumored Fiancee

By LRU Writer | On: February 19, 2020
Shay Shariatzadeh is a Canadian engineer...she gained fame overnight after she got...started dating John Cena in...initially met in a restaurant when...remained low key in the initial days of their relationship...boyfriend John Cena is a...sparked engagement rumors with...was born in...is a graduate of the University of British Columbia with... 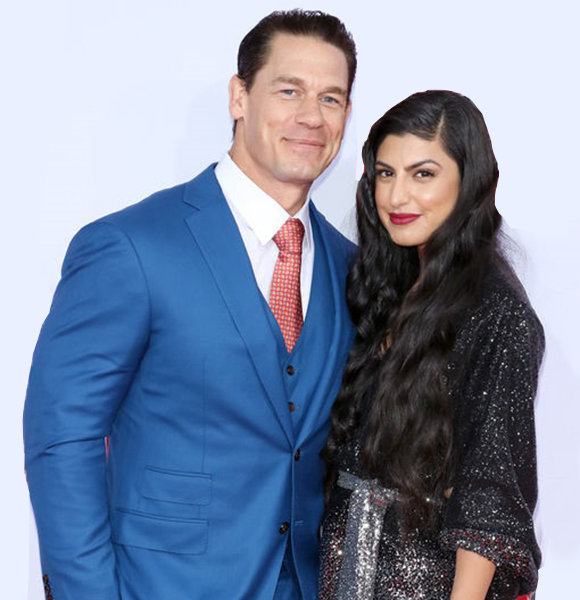 Shay Shariatzadeh is a Canadian engineer and product manager.

In March 2019, she gained fame overnight after she got linked to the WWE star, John Cena. In October 2019, after John Cena confirmed the relationship, Shay has continuously been on the limelight.

Read on to find out more about Shay Shariatzadeh and her relationship with John Cena.

The pair initially met in a restaurant when John Cena was filming Playing With Fire in Vancouver, Canada. Shay was reportedly with a group of friends when completely smitten John went over and asked her out. Shay Shariatzadeh with her boyfriend, John Cena in 2019 (Photo: extratv)

The couple remained low key in the initial days of their relationship. They finally made their first official appearance together on the red carpet event of Playing With Fire’s New York premiere on 26th October 2019.

Shay’s boyfriend, John Cena, is a WWE superstar who has won 25 professional championships, including 16 WWE World Heavyweight Championships throughout his wrestling career.

Before Shay, John Cena was in a relationship with fellow wrestler Nikki Bella from 2012 to 2018.

Before that, he was married to his high school sweetheart, Elizabeth Huberdeau, from July 2009 to July 2012.

The engagement rumors came after Shay was spotted with a ring on 17th February 2020. The couple was spotted together at a carnival in Mission Beach, San Diego, while Shay was right behind John, flaunting a sparkle on her hand.

Apart from that incident, John Cena has also posted cryptic clues on his Instagram. For instance, on the occasion of Valentine’s Day on 14th February 2020, The WWE superstar shared a picture of a man holding a heart-shaped board that read, “Say yes.”

Shay Shariatzadeh was born in 1989 in Vancouver, Canada.

Her mother is reportedly a famous surgeon in Canada, who Shay sees as the biggest inspiration in her life.

Shay was raised alongside an older brother, who is also an engineer. In fact, she apparently decided to pursue engineering after being inspired by her brother.