By LRU Writer | On: March 27, 2019
Peter Kraus has had his share of dating in the past, but unfortunately, none of them worked out for him...The Wisconsin native couldn't commit to a life-long relationship and thus ended as the runner-up on...The former model recently went on a date with John Cena's former girlfriend, Nikki Bella...While the WWE Superstar may have no problem with them dating, but what does Peter's other girlfriend has to say about this? 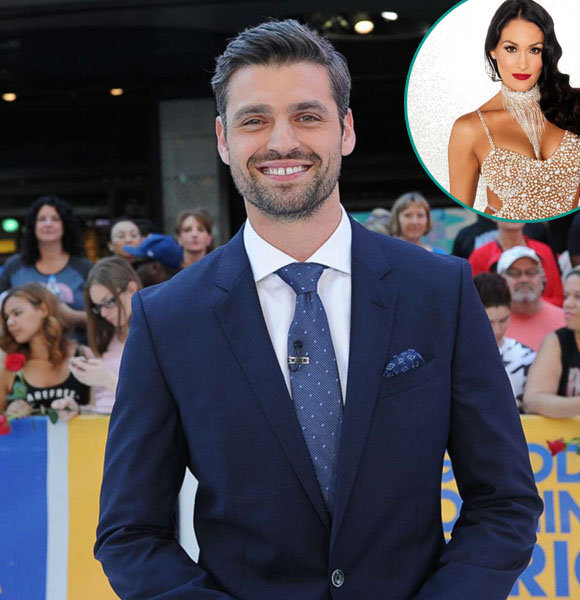 The reality star, Peter Kraus has had his share of dating in the past, but unfortunately, none of them worked out for him.

The Wisconsin native, who was a fan favorite during the season 13 of The Bachelorette, couldn't commit to a life-long relationship and thus ended as the runner-up on the show.

The former model recently went on a date with John Cena's former girlfriend, Nikki Bella. While the WWE Superstar may have no problem with them dating, but what does Peter's other girlfriend has to say about this?

While Peter has not revealed his dating history, his personal life after he became a reality personality has always been out in the open.

His bio reveals that he was in a relationship with Brittany Hansen back in 2014 and their relationship was quite extraordinary. During the time of their dating, the couple frequently featured on each other's social media posts.

More From The Bachelorette:- Did Shawn Booth Split With Kaitlyn? Reveals The Truth Amid Break Up Rumors

On 21 December 2014, Peter's then-girlfriend shared a picture of the couple on Instagram while also describing as her "Knight in shining Armani." However, the relationship didn't last long as the pair apparently separated without giving any reason for their break up.

Shortly after the inevitable split with Brittany, Peter commenced a romantic affair with Rachel Lindsay, who works as an attorney and a TV personality. The couple romanced while appearing on The Bachelorette, but ended their relationship before the end of season 13. Peter Kraus and ex-girlfriend Rachel Lindsay while they were dating (Photo: USMagazine.com)

The pair were deeply in love but had to part their ways as Peter wasn't ready to get married and settle down with a family.

Rachel, on the other hand, got engaged to another Bachelorette contestant, Bryan Abasolo. The couple is still engaged and soon-to-be-married.

As of now, Peter, aged 33, is involved in a casual romance with The Bachelor season 22 participant, Bibiana Julian. The duo was recently spotted hanging out at a Miami Heat game which was held in Bibiana's hometown, Miami. The couple, who accumulated a substantial net worth from the show, looked comfortable in each other's company.

Take A Look At:- Becky Lynch Can't Stay Single! New Boyfriend Already, Who Is He?

While neither Peter nor Bibiana have affirmed the relationship, a source claimed that the two have been hanging out for quite a while now.

Despite dating the reality star, Peter recently went out on a date with another woman, but it seems like Bibiana doesn't mind as it's all business, nothing personal.

The date, which was matched by Nikki's twin sister Brie Bella, eventually became an evening full of awkward moments. Nikki exclaimed that she didn't even want to flirt with Peter but did it nonetheless as not to come out as a rude lady.

The duo's date was featured on the promotional video of the show's soon-to-be-released season. After the disastrous first time, neither Peter Kraus nor Nikki asked each other for a second round.

In the meanwhile, Nikki is dating pro-dancer Artem Chigvintsev. The couple had known each other since 2017 as they performed as partners in the 25th season of Dancing with the Stars in 2017. However, the partner didn't succeed in winning the contest and became the sixth couple to get eliminated.

Nikki and Artem's relationship came to light in when they were spotted on a romantic dinner in January 2019. They confirmed their existing romance in March 2019.