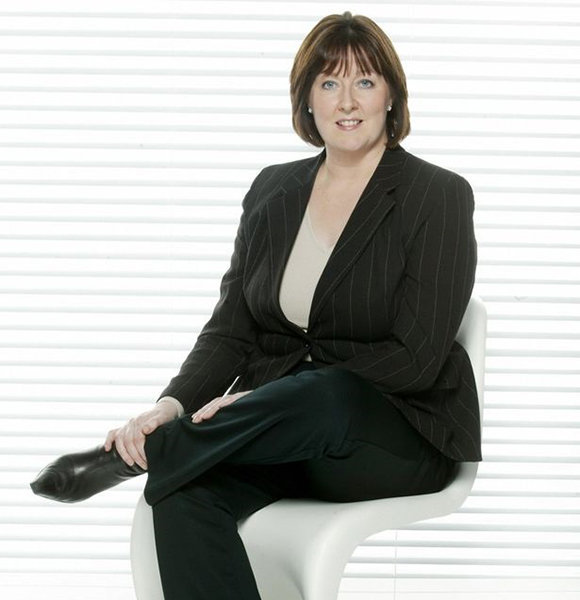 Shelagh Fogarty is a familiar face among regular viewers of the news. She is one of the most prominent television presenter and journalist in the United Kingdom.

The engaging host worked in various media outlets such as the BBC and the LBC. She has covered many kinds of topics ranging from the American Presidential Election to the tsunami in Thailand.

As of now, Shelagh works for LBC after leaving BBC in September 2015.

Amidst covering significant events from around the world and performing impressive journalism, her personal life doesn’t get a lot of attention. However, she does have a happy married life.

Shelagh shares her life with a husband but hasn’t revealed the name of her partner. But, she often boasts her marriage and significant other via Twitter.

Digging a bit deep into her social media revealed a post she shared on 8th December 2015, saying that it was her first Christmas as a married woman. It could mean that Shelagh got married a while before the Christmas of 2015.

Shelagh Fogarty was born to Irish parents, who moved to England in the late 1950s. However, she hasn’t revealed the name of her parents yet.

She lost her father, who was a builder/foreman 16 years ago on 5th February 2003. She regularly posts on Twitter about her father on Father's Day. Her mother is still alive and is 88 years old as of 2019. Shelagh is the youngest in a family of nine and had six siblings growing up. One of her sister’s name is Ann Spofforth.

Shelagh is a journalist who is always in high demand. She is many organizers’ first choice when it comes to hosting conferences. In addition to that, she has a hugely successful media career.

Shelagh began her career in the news business after her graduation from college. She joined Radio 4 in 1999 and has only become better with each passing year.

She is not an ordinary journalist by any means. An average journalist earns around £40,000 per year in the UK. But, looking at Shelagh’s resume and experience, not to mention her intelligence and wit, it is inevitable that the TV host earns much more than the average salary in the media industry.

While growing up in Liverpool, the journalist of height 5 feet 8 inches (1.72 m) attended the Mary Help of Christians R.C. High School, which was a girls’ Catholic school situated at Stonebridge Land in Croxteth.

After her schooling, she continued her studies at Durham University, studying French, Spanish, and Portuguese.