By LRU Writer | On: April 28, 2019
A multi-instrumentalist, Skyler Grey is an American singer/songwriter/record producer... It's no surprise that the "The Where'd You Gog" songstress is head over heels for her boyfriend-turned-fiance... Exactly a year earlier, in December 2017, the I Know You hitmaker recieved a temporary restraining order against her former husband... 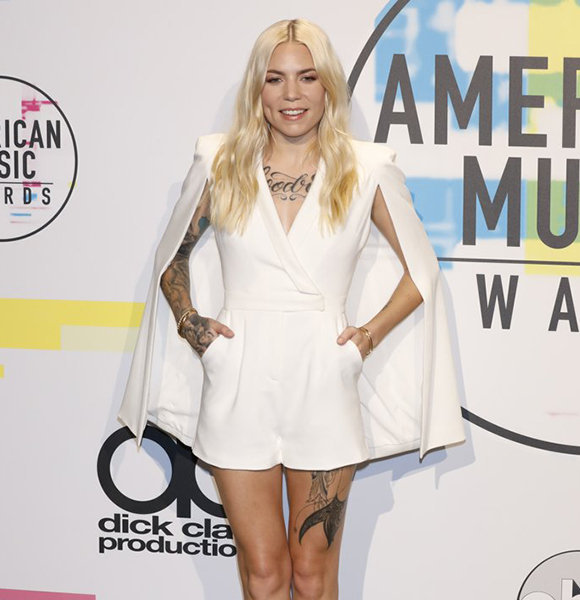 A multi-instrumentalist, Skyler Grey is an American singer/songwriter/record producer best known for her collaborations with rapper Eminem. Love The Way You Lie, I Need A Doctor and Walk On Water are just a handful of hit songs she and the "Rap God" have together.

Away from her association with the Detroit native, Skyler boasts a formidable career of her own as well as an equally impressive musical catalog. Unlike Eminem though, she is very open about her romantic life. Look no further than her Instagram for proof.

From Dating To Getting Engaged - Romance With Boyfriend

It's no surprise that the "The Where'd You Go" songstress is head over heels for her boyfriend-turned-fiance, Elliott Taylor. The feelings appear to be mutual.

To those unfamiliar, Elliott is an American businessman and actor. His businesses range from restaurant and bar development to food and beverage importing, credit card processing and LED design. Meanwhile, his acting credits include features in Music Man, Oliver and How To Succeed.

Dating since early 2017, Skyler and Elliot can't help but, show each other off on Instagram. Whether it's birthdays or anniversaries, the engaged duo won't dial down on PDA either on Instagram or red carpet event. Appearing at Aquaman's exclusive premiere in December 2018, she and her boyfriend-cum-fiance Elliot recreated the iconic kissing scene from the movie. The red carpet, an on-camera kiss sure left everyone drooling with envy. Skyler's ex-husband being one of them, no doubt!

Exactly a year earlier, in December 2017, the I Know You hitmaker recieved a temporary restraining order against her former husband, Todd Jeremy Mandel.

Per the court documents, Todd allegedly threatened physical violence to her and then-boyfriend Elliott. Skyler claimed that her ex-husband followed, tracked and stalked them.

Despite the debacle, the previously married duo's relationship maintains a myth-like status. Even upon scouring the internet, fans will have a tough time finding more information about their divorce or wedding, for that matter.

Born Holly Brook Hafermann, Skyler is a native of Mazomanie, Wisconsin. Standing at 5 feet and 4 inches (1.64 m) height, she boasts 53 kgs of weight.

Now age 33, Holly comes from a family of four.

Besides the talented singer, her parents - father Gene Roger Hafermann and mother Candace Kreitlow - share another daughter named Tiffany Hafermann. A pediatrician by trade, her sister Tiffany is a married woman with multiple kids.

Skyler's musical influence is her mom. When she was still in her teenage years, the duo performed folk music under the moniker Generations.

On Her Net Worth

Despite her background in Jazz, Skyler signed with Linkin Park's guitarist Brad Delson in 2004 - a year after she moved to Los Angeles.

In 2006, she dropped her debut work titled Like Blood Like Money. However, it took seven grueling years and management changes before fans got hold of her sophomore album Don't Look Down.

In the meantime, the Mazomanie Wisconsin native released multiple EPs and collaborated with numerous artists; Eminem being the most notable of them all.