Solo Lucci, 31, With Multiple Girlfriend By His Side? Dating Affair Gone Rogue

By LRU Writer | On: February 04, 2018
Solo Lucci, 31, With Multiple Girlfriend By His Side? Dating Affair Gone Rogue The scenario can be cited perfectly with the rapper/reality star Solo Lucci, as he also has been able to stumble on the headline for his alleged dating affair with not one, but many girlfriends. Let's take a detailed look at the matter for further information! 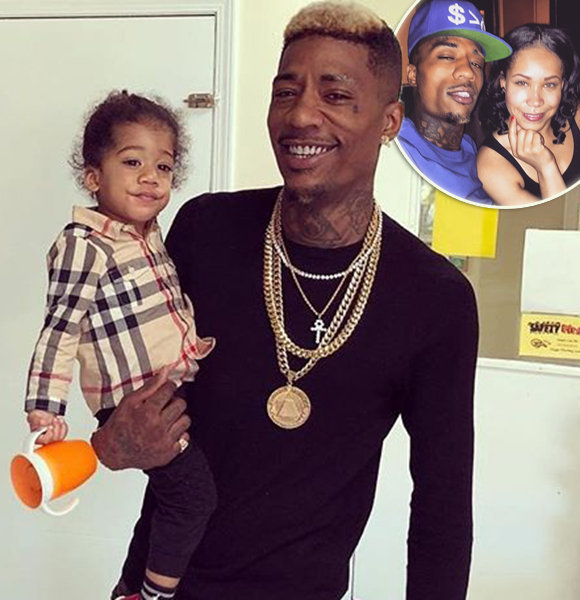 Initiating a relationship is easy, but maintaining that connection throughout is the real deal. People often tend to get diverted from their relationship to extra dating affairs, ultimately ruining the bond between the pair.

The scenario can be cited perfectly with the rapper/reality star Solo Lucci, as he also has been able to stumble on the headline for his alleged dating affair with not one, but many girlfriends.

Let's take a detailed look at the matter for further information!

The 'Whip It' singer, Solo Lucci has created swirl around because of his professed affair with multiple women even though he has a girl who happens to be the mother of his child, Sara Scott. Solo Lucci, along with his girlfriend Sara, are parents to a beautiful baby boy, Sir Honor.

Solo and Sara got to know each other through the hit reality series, Love&Hip-Hop: Hollywood, and fell in love instantly.

While their fans were waiting for the two to get engaged, news of Solo's alleged dating affair with the reality star, Alexis Sky started creating gossips.

The pair were supposed to "act" as a couple on-screen as per show's demand, but things did not stay confined to the camera. The connection that started out as scripted turned out to be a reality, and Alexis And Solo Lucci started dating each other.

Pouring her notion on that matter, Sara exclaimed:

“Actually, Alexis started dating my child’s father.Her whole purpose for coming here to LA was to confront you, and she did the same the same thing to me times ten because she was actually around me and my child’s father and we worked together prior to that — so she knew who I was, she knew my relationship with him.”

The baby mama, Sara was devasted by the news and made an appeal to the come back to the show to confront Alexis and Lucci. She added:

“I’m heartbroken, my family is broken, my son cries for his dad all the time.I want to separate myself, become independent, and take care of my child.”

Even after all the hardships and betrayals, Sara gave another chance to her four-year relationship with Solo Lucci and decided to move to LA to raise their child together. But things did not work as they thought it would because, in less than two weeks, Solo kicked Sara out and got back together with Alexis.

Like Alexis was not enough for Sara to deal with, the spark between Chanel West Coast and Solo Lucci started hitting the news. Solo shared his thought about Chanel, stating:

“So, I’ve been told by a couple of people that Chanel had real potential with this music game and she ain’t too bad on the eyes either,”

Solo's opinion about Chanel was pretty professional but Chanel, on the other hand, had a different impression of him.

“I’m a small girl, but I got booty for my size.” Solo loves it and jokes how she’s got a Snickers bite-size chew behind. I’m not gunna lie. I kind of like Solo Lucci.He can make me laugh, and I’m kind of a sucker for guys that can make me laugh."

But that romance between the two did not get an opportunity to bloom further.

After ending his on-and-off relationship with Sara, Solo could not last his alleged romance with the reality star, Alexis as well. Following a rough relationship with a few, Solo Lucci, who is currently 31 in age, remains very low-key about his dating affair as of now.

However, although his lovefest resembles a disaster, his career is quite contradictory. The rapper has a number of hit songs bagged under his resume, like Whip It, RIP Tupac, and Killaz & Drug Dillaz, which served quite a hand in accumulating the net worth of $2 million that Solo enjoys as of now.