By LRU Writer | On: May 30, 2019
Many might recognize Sonya Curry as the wife of a famous sports personality, but her identity is not confined to being just a WAG...The daughter of parents with ancestry, she possesses an ethnicity...She also enjoys a considerable share in her spouse's net worth which amounts to...Bio-related Details Including Age, Height, And Nationality.. 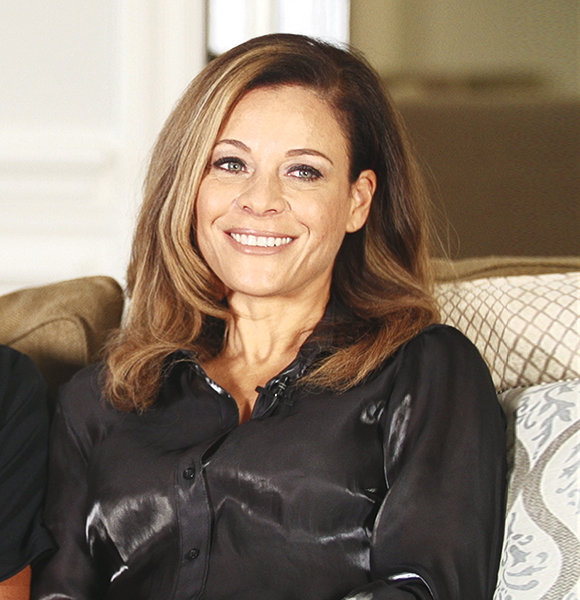 Many might recognize Sonya Curry as the wife of a famous sports personality, but her identity doesn't confine to being just a WAG. A homemaker now, Sonya was a terrific sportsperson during her young age.

Apart from that, she is also a contributor to society, and her bio has revealed all her details that include her married life, children, parents, and more.

Although not much famous as her ex-NBA star husband, Sonya is also a former sportsperson who played volleyball and basketball during her high school years and even won a few state championship while studying at Radford High.

She continued her volleyball career even at college and was a regular team member while attending Virginia Tech University.

Sonya was born on 30 May 1966 in Virginia, USA. The daughter of Haitian parents with African-American ancestry, she possesses an African-American-Creole-Haitian ethnicity. Like her parents Cleive Ester and Candy Adams, she has also adopted American nationality and takes pride in calling herself a US citizen.

Named after a family who owned 100 slaves, her hometown Radford holds a dark history. At the height of segregation, Sonya's mother had to walk five miles to reach school every day. She too wasn't immune to Radford's racist past. While in high school, running into KKK imagery was a common occurrence.

The celebrated WAG, who ages 53, was mostly raised by her mother and grew up among her siblings Cleive Adams and India Adams. Standing at the height of five feet and three inches (1.60 m), she also enjoys a happily married life and a family that includes her children and even a granddaughter.

With Husband; Net Worth Revealed

The couple first met while attending the Virginia Tech University and eventually began dating before finally tying the knot in 1988. After getting married, the life partners moved to Charlotte, North Carolina, where they started their family.

You May Also Like:- Logan Lerman Is Dating But Not Girlfriend; Gay Rumors At Heels, How True Are They?

Sonya and her husband are parents to three children: two sons and a daughter, who are all sportspersons.

Her two sons, Stephen and Seth, are both basketball players like their father. Stephen is signed to Golden State Warriors, whereas Seth plays for Portland Trail Blazers. Sonya's youngest child, Sydel who ages 24, is a volleyball player like her mother and also an Instagram star with over 500,000 followers. A throwback picture of Sonya along with her husband and children (Photo: SFGate)

Sonya is also involved in charitable works and collaborating with her husband; she established a charitable, educational institution called Christian Montessori School located at Lake Norman in 1995. The school focuses on the all-round physical and mental development of the children and is accessible to anyone between the age of 15 months and six years.

Further, she also enjoys a considerable share in her spouse's net worth, which amounts to $8 million. However, due to her contribution to society, Sonya's goodwill is worth much more than just a few millions.

Sonya is not much active on social media but regularly pops up on her children's Instagram posts. On 28 August 2017, Stephen posted an Instagram picture featuring his parents, in which he congratulated them for their undying love and 29 years of togetherness. Sonya and Dell have been together for more than three decades now, but their relationship has not diminished even after these long years. Also, with such a lovely family that includes a pair of grandchildren, no wonder the Curries get considered one of the ideal families in the US.

What's more dreadful than seeing your children go against each other? Perhaps, Sonya has an answer to the question.

Back in mid-May 2019, the mother of three and her husband Dell found themselves in a precarious position when their sons Seth and Steph went head-to-head during the Western Conference Finals.

The married duo resolved the matter by flipping a coin. As a result dictated, Sonya wore Trail Blazer's jersey while Dell rocked Warriors' fit. In the end, Steph's team (Golden State Warriors) emerged victorious as they clean swept the series 4-0.

Given how successful Steph's career has turned out with the Golden State Warriors, it's almost unfathomable to think that Sonya didn't want the NBA to draft her son. Admittedly, she wanted the former NBA MVP to play near home.