By LRU Writer | On: March 26, 2018
Star Jones Is Married - Again! Inside Lavish Wedding With New Husband Ricardo Lugo The TV personality, Star Jones, who is best known for her stint on ABC's The View happily got married to her new husband moving on from her failed marriage of the past.She waited for many years, and she eventually got a soulmate with whom she can tie the knot. Are you curious to know about Star's partner? 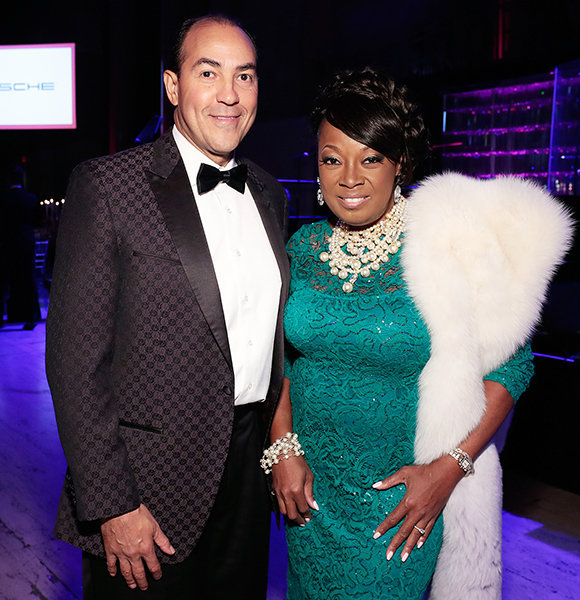 The TV personality, Star Jones, who is best known for her stint on ABC's The View happily got married to her new husband moving on from her failed marriage of the past.

She waited for many years, and eventually got a soulmate with whom she has tied the knot now!

Are you curious to know about Star's partner? Well, we will be serving you the information about her current marriage proceeding along with the previous one. So, keep reading!

The former panelist on The View exchanged the vows with her fiance assistant state attorney, Ricardo Lugo, on a Royal Caribbean cruise in the Bahamas on Sunday. Star not only tied the knot with Richardo on Saturday, she even celebrated her 56th birthday a day prior to her wedding- which was greeted by about 150 close friends.

Shortly after her wedding ceremony and birthday party, she shared a collage on her Instagram. 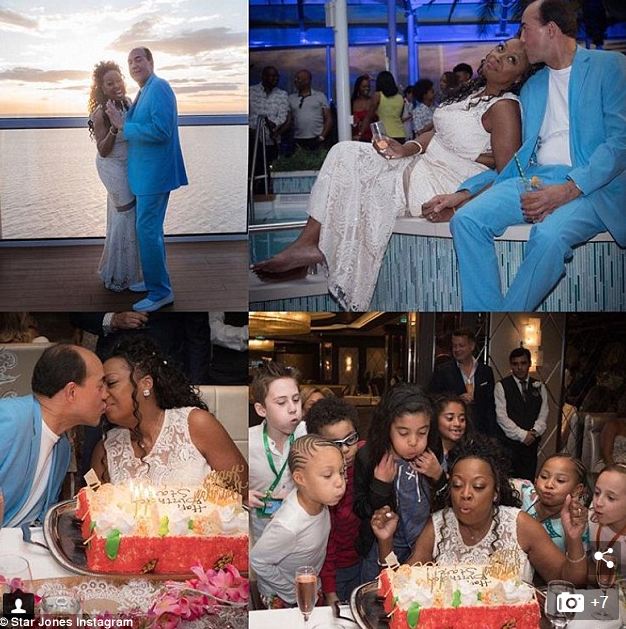 The couple is beaming with the joy of happiness visible in the pictures which are out now!

The newly married couple were dating each other since 2016 and got engaged in Summer of 2017.  She subtly hinted about her romantic relationship with Ricardo Lugo for the first time in June 2017 by sharing a photo of herself with a ring while beaming happily on Instagram.

After sharing pictures on Instagram, Star and her husband publicly confessed about their dating relationship at the 8th Annual Children’s Museum of the East End Family Affair in Bridgehampton, New York. Star attended the event along with her husband and her husband's son Jake.

During an event, while speaking to People, Star introduced Ricardo and his son Jake, as her family.

“This is my family. I’m not married, but we’re together.

Previously, Star got married to a former investment banker, Al Reynolds on 13th November 2004. They had a very lavish wedding which featured 500 hundred guests, three matrons of honors, 12 bridesmaids, and four flower girls. However, their married life didn't go well. After staying together for three and a half years, Star filed a divorce against Al Reynolds in March of 2008. During the time of their separation, the rumors about him being gay surfaced as other reason for their split. They officially got divorced on 10 September 2008.

Indeed Star’s ex-husband, Al Reynolds acknowledged his sexuality and came out as bisexual through an interview with Radar Online back, November 2017.

"Today, I accept myself as a bisexual man. I am capable of loving both sexes, and I have done both."

Apart from Star' two husbands, she was in a romantic relationship with Herb Wilson, a physicist. Star started dating Herb shortly after her divorce in 2008. She was spotted with herb till 2015. However, she broke up with him and went on to find love in her husband, Ricardo.