Stephanie Allynne Has Two Names To Add In Her Bio; Welcomed Twin Babies With Husband Or Partner? 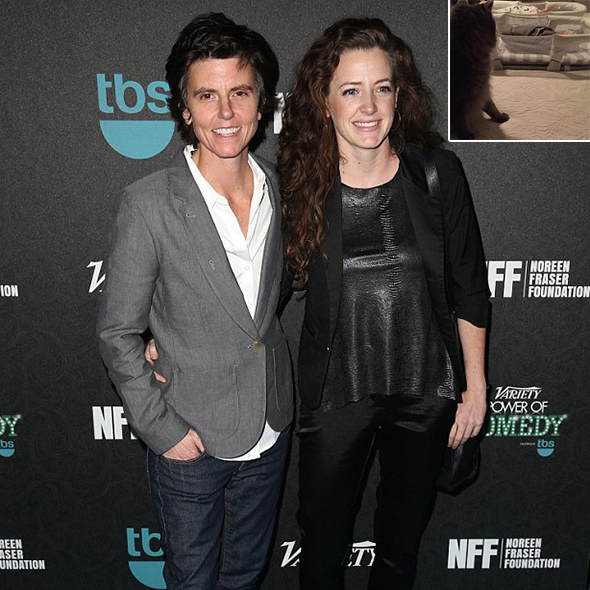 Considering the decision to have a baby is momentous which cannot be replaced by any other happiness. When a baby is born, it brings light and warmth to your life like a bright sun.

Likewise, Stephanie Allynne has added two names to her family with her longtime partner.

Stephanie, who enjoyed a gay wedding with her Comedian partner Tig Notaro became a mother of two sons Max and Finn on June 26, 2016. Her partner Notaro who acts like a husband announced the news about the birth of newborns on Facebook with an image where their cat and newborns were pictured. The caption reads;

"Max and Finn Notaro arrived happy, healthy and really, really cute on June 26," the 45-year-old comic captioned the pic. "Fluff has a ton of questions about how long they plan on staying. Thank you everybody for your endless love and support."

The pair welcomed their baby via surrogate. The news about them expecting a baby was also announced by Notaro via Facebook in January same year.

Stephanie Allynne and Tig Notaro first met on the set of Bell’s 2013 indie flick “In a World.” They got engaged in New Year of 2015. The pair got married on Oct. 24, 2015, in a private ceremony in Notaro’s hometown. Caption: Stephanie Allynne was posing with her partner Tig Notaro with matching dress in which the couple looked exquisite on Oct. 24, 2015.

They exchanged their vows in front of their family and friends.  Notaro also talked about her wedding on Twitter.

Likewise, she posted some more tweets regarding her wedding where she once spoke about her wedding reception and about their wedding night sex. Actress and writer Stephanie Allynne (age 30) was born in 1986. She celebrates her birthday every year in Spetember19.  She is popular for appearing in the shows like Comedy Bang! Bang! And Dream Corp LLC. According to her wiki, she is a former member of Upright Citizens Brigade veteran and The Groundlings Sunday Company. Stephanie has also appeared in the films like In a World (2013), One Mississippi (2015), and Twin Peaks (2017).