By LRU Writer | On: June 09, 2019
While Stephen was at the age of 12...currently has a net worth of whopping...Interesting facts on Stephen 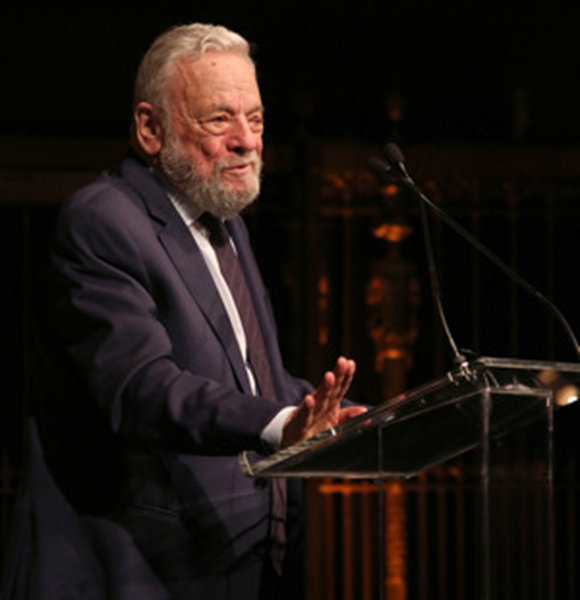 Stephen Sondheim is an Academy Award-winning composer and lyricist. He is the creator of famous Broadway's musical like West Side Story(1957) and Sweeney Todd(1979).

His show Sunday in The Park(1984) with George ran 604 performances and went onto win the prestigious Pulitzer Prize for Drama.

In 2007, well-known director Tim Burton adapted his musical Sweeney Todd into a movie with actor Johnny Depp in the lead. Subsequently, various musicals of Stephen got changed into a Hollywood movie.

His father Herbert was a dress manufacturer, and his mother Janet Sondheim was a designer. When Stephen was at the age of 12, his parents divorced, and he had to move to Pennsylvania with his mother.

While studying at George School there, Stephen started to study Music under the guidance of legendary theatre director, Oscar Hammerstein II. Since he had no father to look up to while growing up, Oscar became a mentor and father-figure to Stephen.

Moreover, after he graduated from Williams College with a major in Music, Stephen got hired to work for composer Richard Rogers; a well-known collaborator and a friend of Oscar.

He later moved to California and got his big break after writing lyrics for the Broadway musical West Side Story(1957). The show became an instant hit and did more than 700 broadway performance due to popular demand.

Sooner, Stephen wrote and composed more than fifteen shows among which Company(1970) and Into The Woods(1987) became a hit.

Into The Woods' Film Actress:- Tammy Blanchard Ever Got Married To Have A Daughter? A Secret Husband Somewhere Or Has A Boyfriend?

He also wrote a song for the film Dick Tracy(1980) titled Sooner or Later, which ended up winning the Oscar award in 1991.

Well, yes! Stephen is an openly gay person who revealed his sexuality at the age of 40. However, he was in a relationship with American actress Lee Remick in his younger years.

His first partner (after he publicly went gay) was Peter Jones, a dramatist by profession. They started living together after Stephen turned 61, however, eventually broke up in 1999. Stephen Sondheim(left) with partner Jeff Romley in the presence of another celebrity guest (Photo: pride.com)

As of now, the composer is in a relationship with Jeff Romley. Interestingly, they are currently the "it" celebrity couple with one of the broadest age gaps of 48 years; Stephen is presently 89 while Jeff is still in his 40s. As it seems, age is indeed just a number in love!