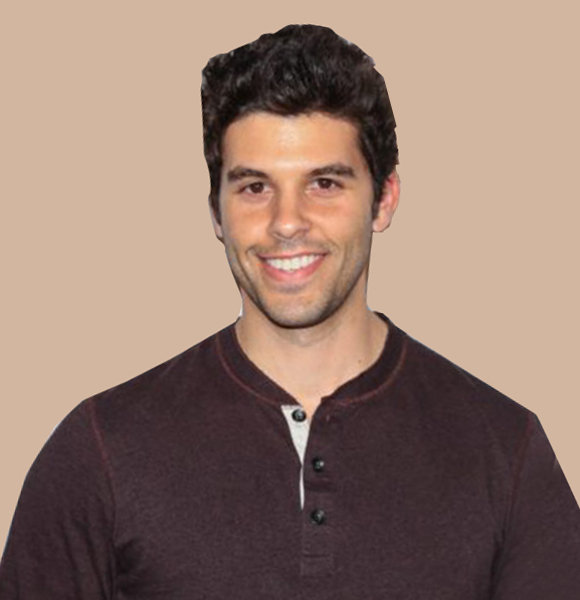 Steven Kruger, famous for his role as  Josh Rosza on The Originals, is making a comeback to the CW with a recurring role on the upcoming third season of Roswell, New Mexico.

According to Deadline, Krueger’s character will portray a laboratory colleague of Liz Ortecho.

Krueger is mainly known for his character as Josh Rosza on all five seasons of The Originals. In the show, The Originals, Steven’s character Josh was a young vampire who was one of the first male LGBTQI+ characters.

Josh was not a regular character of the show, but he was promoted as a series regular after becoming one of the most loved characters. Further, Krueger is also known for his roles on Goosebumps and Pretty Little Liars.

He most recently landed the male lead in Showtime’s pilot Yellowjackets. Krueger is repped by A3 Artists Agency and Allen Edelman Management.

Is Steven Krueger Gay? Or Does He Have A Girlfriend?

Throughout his appearance on TV shows, fans of Steven have seen him portray a diverse range of sexuality. For instance, his iconic role as Josh Rosza in The Originals managed to make an excellent impression among viewers since the character's debut in 2018. After all, he played a fascinating gay role. In one episode, his character was heard saying-

"I'm a gay club kid who died came back a vampire. Yeah, normal's kind of relative."

Further, he had a romantic relationship with Aiden, played by Colin Woodell in the series. As a result, some audiences couldn't help but speculate that the actor is gay off-screen too. But, this speculation can't be denied or confirmed for now as Steven hasn't yet come forward with any statement on this.

On top of that, due to secrecy surrounding his love life, these rumors might be probable.

As per the verified records, Stevens's birthday falls on 25th May, whereas his birth year is 1989. Born in Wisconsin, Steven spent most of his childhood in the suburb of Brookfield. Unforutuently, when he turned 10, fate had a different plan for the actor as he could no longer grow with paternal love.

His parents divorced at that age, and his mother took custody of him and his younger brother. So, he then had to move to Sarasota, Florida, instead.

Likewise, the 30-year-old TV icon continued growing up under the shade of his mother, who encouraged him to pursue his acting career from the very beginning.

Net Worth and Career

Even though Steven has been active in the industry for almost a decade, his team hasn't yet come forward with his verified net worth to date. But, it might be safe to assume that he manages to earn a very adequate and impressive salary from his involvement in the entertainment business.

So, looking back at the list of projects that Steven has been involved in, including movies like Madison High & Escape Plan, he most definitely earns millions.